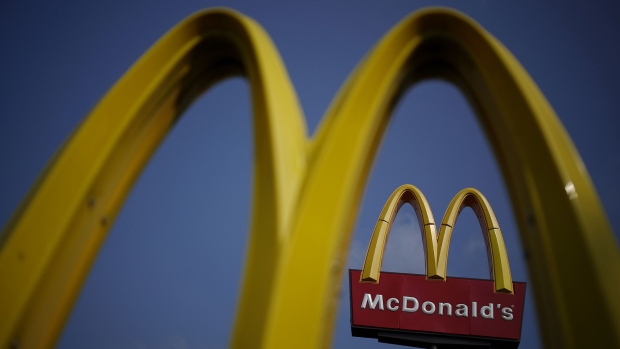 (Bloomberg) -- Activist investor Carl Icahn’s efforts to revamp the board of McDonald’s Corp. were dealt a blow Monday with a prominent shareholder advisory firm arguing the billionaire hadn’t made a sufficient argument for change.

Institutional Shareholder Services Inc. credited Icahn’s original push in 2012 for changing policies at McDonald’s and in the industry as a whole on the use of gestation crates for pregnant pigs, even though the fast-food chain fell short of its original goal of completely eliminating the use of the stalls in its supply chain.

The advisory firm argued that the proxy fight serves as a reminder to shareholders to demand greater specificity from corporate leaders when they seek to address environmental, social and governance concerns by issuing broad promises that could evade future accountability.

“Given that there seems to be a credible scientific basis and nontrivial commercial considerations underlying the company’s current position, the dissident has not presented a definitive argument that MCD’s gestation crate progress is cause for immediate board change,” ISS said in its report.

Icahn is seeking to replace two directors on McDonald’s board, claiming the company broke the promise it made him 10 years ago to stop using suppliers that house pregnant pigs in small crates. He calls the practice inhumane.

McDonald’s disputes Icahn’s assertions and says it has been a leader in moving the industry away from the practice, and that by 2024 it will have all its supplies from sows that were kept in groups. It rejected Icahn’s nominees, in part, because of their lack of broader experience outside of ESG issues.

ISS agreed Icahn hadn’t made a sufficient argument for immediate change on the board. It backed cautionary support for two incumbent directors, Richard Lenny and Sheila Penrose, in recognition of the issues presented and the apparent room for improvement in the company’s ESG efforts and communication.

“MCD’s overall ESG track record does not seem sufficiently concerning to warrant the immediate replacement of incumbent directors with nominees whose experience, while robust, seems narrower in focus,” ISS said, using McDonald’s stock symbol. “Though MCD may not be an ESG laggard, the company has substantial room for improvement if it wants to be considered an undisputed ESG leader.”

McDonald’s separately on Monday said it plans to sell its Russian business and exit the country entirely because of the war in Ukraine. The company’s shares were down 0.3% at 9:36 a.m. in New York.