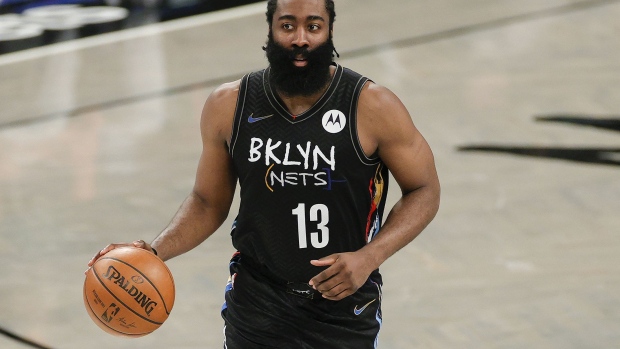 Harden, who plays for the Brooklyn Nets and has led the league in scoring three times, is also making a minority investment in Saks. His business portfolio spans several consumer categories, including products with BodyArmor drinks, Stance socks and Pura fragrances. He also has a sneaker and apparel line with Adidas.

“I’ve spent a lot of time with James talking about fashion,” said Saks Executive Chairman Richard Baker in an interview. “It’s good to have board members and ownership that are focused and motivated to grow the business.”

Saks Fifth Avenue, owned by Canadian department-store operator Hudson’s Bay Co., moved to spin off the e-commerce arm of its business into a separate entity earlier this year. Private equity firm Insight Partners invested $500 million in Saks, with the company valued at $2 billion. Saks later added more financing for its plans with a $350 million revolving credit facility and a $115 million secured term loan.

Three others will join the Saks board alongside Harden: Deven Parekh and Adam Berger of Insight Partners and Franz-Ferdinand Buerstedde of Rhone Capital. That puts the new board at seven members, all men, though the company plans to add more names and is now in discussions with other candidates.

Baker said Saks is investing in its digital capabilities and expanding its product assortment across categories, from women’s handbags to men’s clothing, to fuel growth.

Luxury retailers are jockeying for position as online shopping for high-end goods gains popularity. In this landscape, Saks is competing with the likes of Farfetch, Mytheresa and Moda Operandi. Global sales of personal luxury goods, which screeched to a halt due to the pandemic, are expected to return to 2019 levels by the end of 2022, according to Bain & Co.

Saks Chief Executive Officer Marc Metrick told employees in a memo Monday that the retailer is assembling its board to make sure it represents “a variety of perspectives and experiences.” The company said in a statement that Harden “brings expertise in helping to grow high-potential consumer brands combined with a unique perspective as a notable fashion enthusiast.”