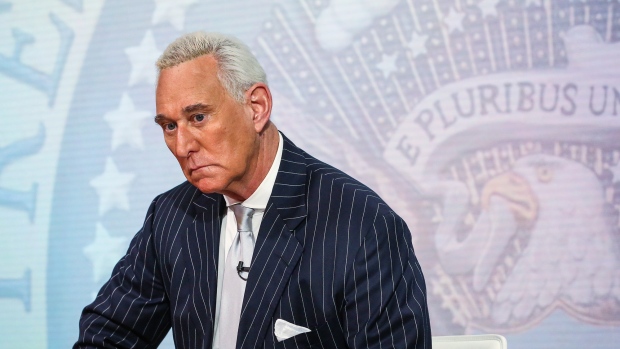 (Bloomberg) -- New indictments from Special Counsel Robert Mueller’s investigation of Russian interference in the 2016 U.S. presidential election are expected as soon as Tuesday, CBS reports, citing multiple people with knowledge of the investigation.

Right-wing author and conspiracy theorist Jerome Corsi told viewers of his YouTube live-stream broadcast Monday that he’d been cooperating with the inquiry since receiving a subpoena from FBI agents at his home in August. He said he expects to be indicted by Mueller “for some form or other of giving false information” in the probe despite doing everything he could to cooperate.

Any new indictments would come amid recent turmoil at the Justice Department. Trump last week forced the resignation of Attorney General Jeff Sessions because he was unhappy with Sessions’ early decision to recuse himself from the Mueller investigation.

Congressional Democrats have called for Trump’s choice of Acting Attorney General Matthew Whitaker to recuse himself from the Mueller probe, writing in a letter to Justice’s top ethics official that his past statements “indicate a clear bias against the investigation,” and that his relationship with a grand jury witness in the probe raises “additional concerns about his ability to supervise the investigation independently and impartially.”

To contact the reporter on this story: Laura Curtis in Washington at lcurtis7@bloomberg.net

To contact the editors responsible for this story: Derek Wallbank at dwallbank@bloomberg.net, Elizabeth Wasserman, Flavia Krause-Jackson