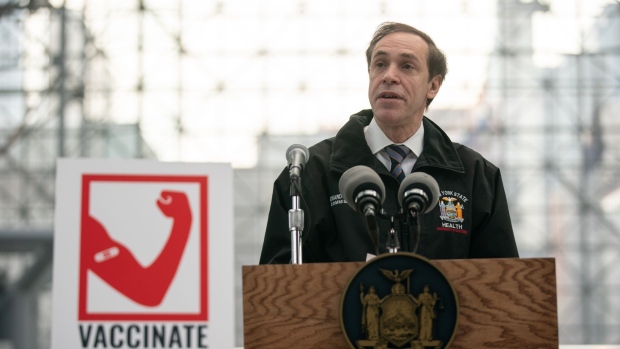 Zucker, who was appointed by Cuomo in 2015, was central to allegations the Cuomo administration covered up Covid nursing-home deaths.

Decisions of the Cuomo administration and health department under Zucker came under fire after Attorney General Letitia James released a report in January showing officials undercounted Covid-related deaths in New York nursing homes by as much as 50%. The report also detailed a lack of compliance with infection-control policies at many nursing homes on Zucker’s watch.

Zucker and Cuomo have denied the allegations.

The administration also faced criticism for a March 2020 health department advisory that required nursing homes to admit patients with Covid-19, a bid to free up bed space in hospitals. At least 4,000 nursing-home residents died after that order, according to the attorney general’s January report.

Cuomo defended the decision, saying the state was following federal guidelines, and the health department later released a report attributing the spread of the virus in nursing homes to workers rather than patients.

Zucker, who graduated from medical school at age 22, is thought to be the inspiration for the television show “Doogie Howser, M.D.,” about a teenage physician. As the state’s chief physician, Zucker was the principal public health expert throughout the Covid pandemic, and regularly appeared next to the governor at his daily briefings during Cuomo’s televised pandemic news briefings.