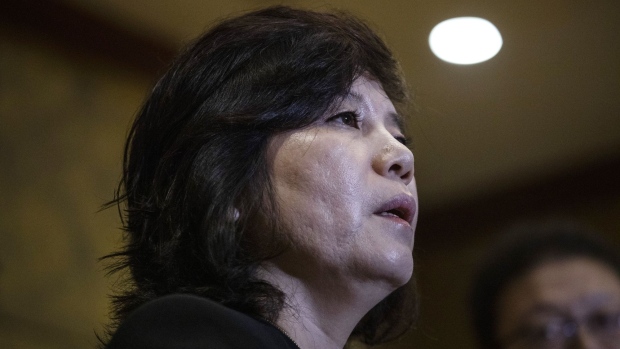 (Bloomberg) -- North Korea is ruling out more talks with the U.S., saying the American authorities are using the idea as a mere political tool.

“We do not feel any need to sit face-to-face with the U.S.,” North Korea Vice Foreign Minister Choe Son Hui said, according to the official Korean Central News Agency Saturday. The U.S. does not consider the North Korea-U.S. dialog as anything more than a tool for grappling with its political crisis, said Choe.

The criticism comes amid efforts by the South Korean government to patch together broken down relations with the North. President Moon Jae-in had urged talks between the U.S. and North Korea be held before the American presidential election, according to a report by Edaily on Wednesday. On Thursday, South Korea’s Foreign Minister Kang Kyung-wha said the country will continue to fully exercise diplomatic capabilities to bring North Korea back to the negotiation table.

Ties between the two Koreas fell apart in June as the North destroyed an inter-Korean liaison office it shared with the South, blaming Moon for not living up to promises he made in three summits with Kim Jong Un. North Korea has been seeking to raise pressure on Moon over Seoul’s continued support for the U.S.-led sanctions campaign that’s hobbled its economy.

“The U.S. is mistaken if it thinks things like negotiations would still work on us,” Choe said. “We have already worked out a detailed strategic timetable for putting under control the long-term threat from the U.S.”