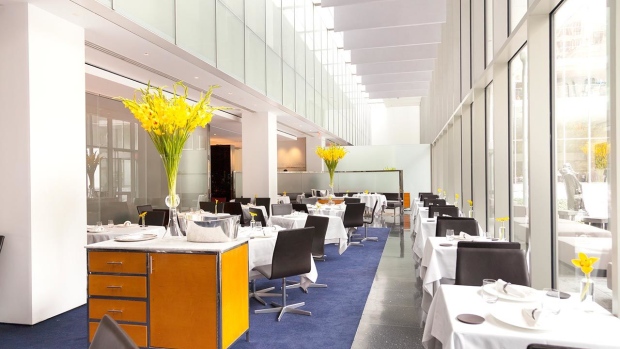 (Bloomberg) -- Starting Sept. 7, you will have to be vaccinated to eat indoors at some of New York’s most famous dining rooms, including Gramercy Tavern and Union Square Café.

Danny Meyer, chief executive officer at Union Square Hospitality Group LLC  and the chairman of New York City’s Economic Development Corporation, announced Thursday that eating indoors at any of his restaurants, which also include the Modern at the Museum of Modern Art, will require guests show a physical Covid-19 vaccine card, a photo of it, or use the digital New York State Excelsior Pass.

“We’re following the lead of both city, state and federal government, and we’re going to do this ourselves in our restaurants in New York City and Washington D.C., to require that all staff members be vaccinated and guests that want to dine indoors show proof that they’ve been vaccinated,” he said today.

“We feel like we have an amazing responsibility to keep our staff members and our guests safe,” he told CNBC.

Meyer has acted on the side of caution throughout the pandemic. On March 13, 2020, Meyer proactively shut down his 19 New York restaurants as a result of the pandemic. In May, he told Bloomberg that he didn’t anticipate re-opening his dining rooms for a while. “Probably not until there’s a vaccine,” he said last year.

The mandate does not seem to apply to Shake Shack Inc., the burger empire that he founded.

It remains to be seen how Meyer will enforce the vaccine rule, and how customers will react.

Meyer’s restaurants are the latest in a series of popular New York dining rooms that require a vaccine. That includes Frenchette in TriBeCa where diners have to show proof of vaccine to eat indoors—or use the bathroom if they’re eating outside—as well as the Michelin-starred the Musket Room in Soho and the new fish & chips spot Dame in Greenwich Village.