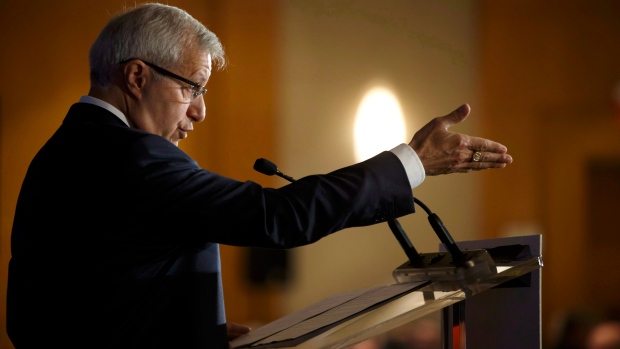 “We won’t balance the books at the expense of critical programs,” Fedeli said in a luncheon speech Thursday in Toronto. He declined to say when the province would get back to balance.

Fedeli, who releases his first budget on April 11, said in February the deficit would come in at about $13.5 billion for the fiscal year ending March 31, compared with $6.7 billion forecast by the previous administration. Fedeli’s Progressive Conservative Party was elected in June, ending 15 years of Liberal Party rule, and almost immediately set up an inquiry to examine the province’s books.

Moody’s Investors Service cut Ontario’s credit rating in December due to “fiscal challenges” ahead. The province’s long-term debt rating was reduced one notch to Aa3, the first cut from the New York-based ratings company in six years.