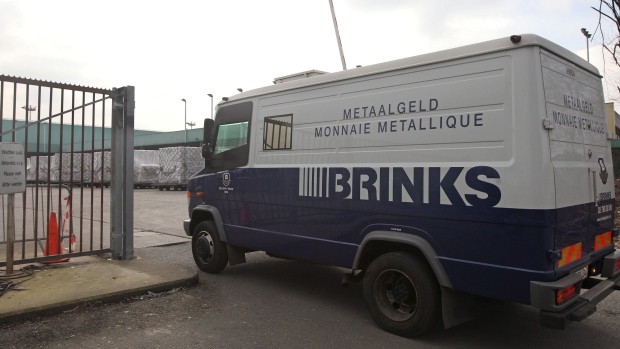 Brink’s Co., best known for its armored trucks, may have just turned itself into a derivative pot play.

Brink’s has reached a multi-year agreement with Canopy Growth Corp. (WEED.TO) to provide “secure logistics and cash management services” for the cannabis company, including international shipments of weed, the companies announced Thursday.

This is likely to send Brink’s stock higher and maybe even qualify it for inclusion in cannabis-focused exchange-traded funds like the ETFMG Alternative Harvest ETF, according to James Clement, analyst at Buckingham Research Group, who gives Brink’s a buy rating and US$110 price target.

It may also be a safer way to play the marijuana space without betting on volatile pot stocks, Clement said in a note published Friday. Brink’s shares gained 1.8 percent in early trading.

“Most so-called ‘cannabis stocks’ aren’t profitable and sell at stratospheric multiples of revenue versus BCO, which trades at more traditional valuations of earnings and real free cash flow,” Clement wrote. “With BCO, an investor can get some cannabis exposure without the valuation bubble risk that some perceive in the space, in our opinion.”