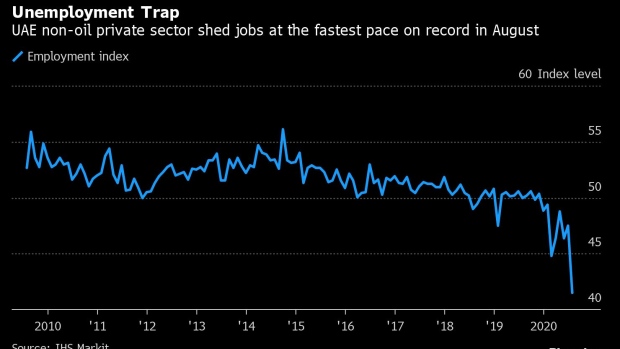 Remittance doomsayers see something else in the bigger-than-usual transfers: a coming crash, triggered by a bleak job market, particularly in the Middle East. As they see opportunity drying up along with demand for oil, workers are sending money home in advance of their own return.

The Philippines government, for example, expects almost 300,000 overseas Filipinos to come home this year, with potentially severe consequences: Remittances make up about 10% of the economy and have pushed the peso to a three-year high against the dollar.

“People are returning home,” said Thomas Isaac, the finance minister for the southern Indian state of Kerala, which accounts for the country’s largest share of remittances. India is the world’s top recipient of transfers and a leading supplier of labor to the gulf; it took in $83 billion last year, exceeding the $51 billion it took in as foreign direct investment. “Therefore, they bring back all their savings,” Isaac said.

Overall, remittances to the Asia-Pacific region will drop 12% in the second half of 2020 compared with the same period last year, Fitch Ratings said this month. “That will drive a decline in remittances as the temporary supporting factors fade,” said Jeremy Zook, a director at Fitch Ratings based in Hong Kong.

Unlike Latin American countries, which continue to benefit from a tentative U.S. recovery, Asian countries are vulnerable to economic austerity in Saudi Arabia and elsewhere in the Middle East. More than 60% of remittances to India, Bangladesh and Pakistan come from Gulf Cooperation Council countries, said Khurram Schehzad, chief executive officer at Karachi-based advisory Alpha Beta Core Solutions Pvt. The region is also the top destination for workers from the Philippines, one of the world’s largest suppliers of overseas labor.

Saudi Arabia has already raised taxes and import fees to make up for falling oil revenue. Job cuts in the kingdom appear to target foreigners first, with Riyadh-based Jadwa Investment estimating more than a million foreign workers will leave the labor market this year.

After eight years of sending money to family in Karachi, Abdul Hanan Abro is one of the workers who will follow his money home. He was laid off from his accounting job in Dubai in May and hasn’t found a new gig -- and he’s not the only one. “No one is getting anything,” said Abro. “Two to three of my friends have already moved back to Lahore. People are selling their cars and stuff, doing their final settlements.”

For Abro, coming home means starting over. He wants to use the savings he accumulated overseas to start a business. “It’s high time to just focus on what I was planning for two to three years now,” Abro said. “It’s better than wasting more time in finding a job in this market.”

In April, the World Bank predicted overseas workers would send home 20% less this year, the biggest drop since at least 1980. The lender hasn’t updated its forecast to reflect the recent resilience, but a decline is still coming, said Dilip Ratha, lead economist on migration and remittances at the World Bank based in Washington D.C. “High unemployment rates among foreign-born workers in major host countries and associated financial difficulties are expected to dampen the flow of remittances,” he said.