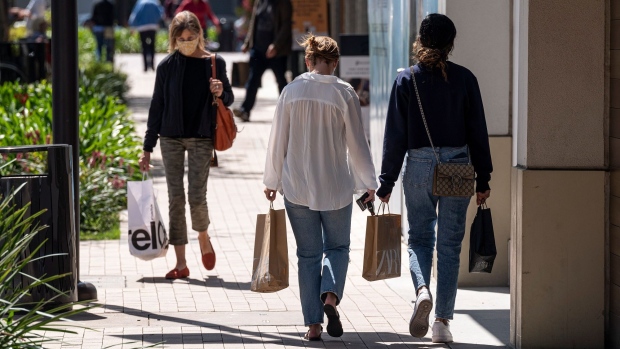 (Bloomberg) -- Retailers are trying to maintain a cheery outlook despite looming pressures on the upcoming holiday season, including worker shortages and supply-chain disruptions, according to a new report.

Three out of four U.S. retailers said shoppers expect more from stores than they can deliver due to the labor squeeze, according to the survey by workforce-management specialist UKG. About 85% expect supply-chain disruptions to affect customers.

The results offer a sobering look at what the industry may face during the all-important holiday season as retailers try to recapture the in-store business that has been hurt by the pandemic. More than half of those surveyed said they’ll be understaffed at least one day a week during the holidays, while nearly 90% expect an employee shortage at least once a month.

Most of the respondents said people simply don’t seem as interested in working retail these days. They also pointed to specific challenges, including low pay and fears of catching Covid-19.

But the problem isn’t just in attracting new hires -- retaining workers can be difficult as well, according to the study, which surveyed 312 store managers, owners and executives between late August and early September. About 84% of retailers said they expect employees to voluntarily quit at least monthly. This season’s temporary hires are critical to get through December, but permanent positions are even more important to fill, according to retailers.

The staffing issues are having an impact on companies’ finances. More than two-thirds are struggling to meet sales targets due to labor problems.