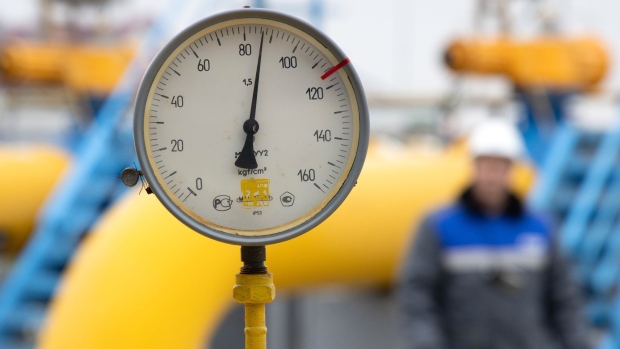 Gazprom PJSC said it has found a solution with Italian buyers to overcome the regulatory changes in Austria at the end of September that were preventing transit flows, according to a company statement on Telegram. Benchmark gas futures fell as much as 4.7% after the news.

The spat with the Austrian authorities is the latest in a series of disputes over regulation and contractual clauses that have been used by Gazprom as a way to limit Russian gas supplies to Europe. Earlier this year, the Kremlin demanded so-called “unfriendly states” must pay for pipeline gas in rubles and halted gas deliveries to nations that refused. Another step was to gradually shut down the Nord Stream pipeline for maintenance to its turbines, saying that sanctions and paperwork were holding the process up.

Gas supplies to Italy through a pipeline that passes through Austria were halted on Saturday, just days after an attack was carried out on the Nord Stream gas pipelines causing huge gas leaks into the Baltic Sea near Denmark and Sweden. There has been some wariness over Russia’s next move after the act was declared to be sabotage by several nations including Germany.

Italy’s energy giant Eni SpA confirmed the resumption of gas flows on Wednesday, saying the issue had been resolved, in a company statement. Austrian regulator E-Control said a solution appeared to have been found.

The halt to transit flows was caused by Gazprom not paying a guarantee to the Austrian operator for gas passing to Italy, Claudio Descalzi, chief executive officer, of Eni SpA said at an event on October 3.