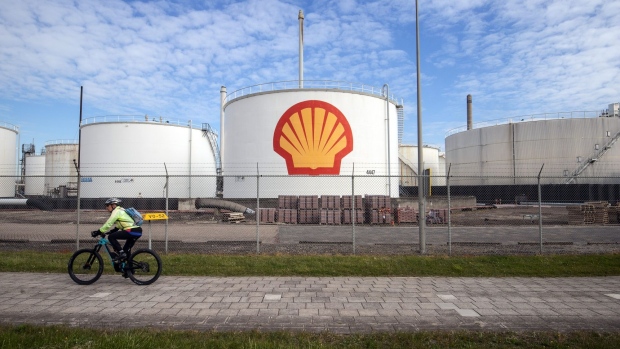 (Bloomberg) -- Royal Dutch Shell Plc received a blow this week after its one-time ally turned its back of fossil fuels.

Europe’s biggest pension fund, ABP of the Netherlands, said on Tuesday it would divest 15 billion euros ($17.4 billion) worth of fossil-fuel assets by early 2023. That follows Dutch pension funds PME and Horeca, which last month said they had ditched the sector.

“ABP is the pension fund of the civil servants and education sector. The Dutch government has historically always been very close with both ABP and Shell,” Rens van Tilburg, Director at Utrecht University’s Sustainable Finance Lab said in an interview. “ABP’s decision creates a fracture in this bond.”

ABP holds just over half a billion euros ($580 million) of Shell stocks and bonds. It’s also been a historical ally of the firm, voting in favor of Shell’s energy transition plans, while abstaining or voting against competing and more stringent, resolutions by Dutch activist group Follow This.

“A close cooperation between Shell and the Dutch government has long been normal and even something the government was proud of, an example of the good public-private cooperation,” Van Tilburg said. “But this has started to shift. Shell is increasingly being isolated.”

Beyond their shareholder register, Shell is also feeling the heat from Dutch courts. In May, the company was ordered to cut its greenhouse gas emissions by 45% over the next decade, a decision which it is appealing.