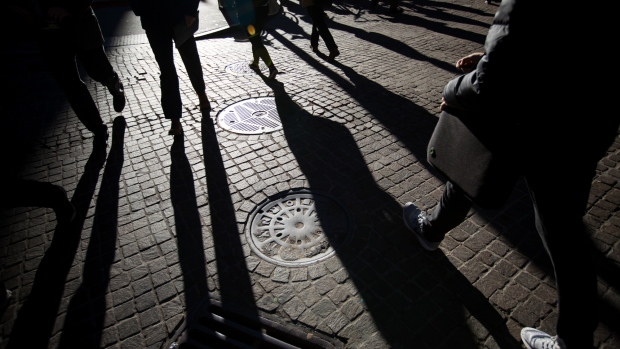 (Bloomberg) -- Blockchain startup Spring Labs is partnering with 16 lenders and fintech firms to test a system to eliminate centralized entities like credit bureaus from their role in granting loans to individuals and companies.

Credit bureaus such as Equifax Inc. and Experian Plc have risen to occupy a dominant role in the granting of loans because banks have several problems when it comes to sharing the customer information necessary to grant debt.

The first is a competitive issue -- if Bank A knows that its customer is seeking a new loan from Bank B, Bank A would likely try to convince its customer to do business with it instead. This is why third parties like Equifax are used. Second, in a very broad sense, regulations limit banks’ ability to release personally identifiable information. Lastly, in the current system, banks give credit bureaus their customer information for free and then have to buy it back in the form of credit reports, a system lenders hate, said Adam Jiwan, chief executive officer of closely held Spring Labs.

"That’s the reason they don’t like sharing with the bureaus, because they give it away for free," Jiwan said in an interview. He said the lenders he’s spoken to are all interested in using a peer-to-peer system that cuts out the middleman as long as they can solve the competitive and regulatory issues. The firm is advised by former Federal Deposit Insurance Corp. Chair Shelia Bair and former Goldman Sachs president and Trump administration chief economic advisor Gary Cohn.

Blockchain, originally developed as the ledger technology that powers Bitcoin, is promising for corporations, if they can figure out how to use it. Proponents predict billions of dollars in savings by handling data and transactions more efficiently and rapidly. Yet most corporate efforts are still in early development or testing. One hurdle is getting competitors in a given industry to cooperate with each other to gain from the network effect, though here Spring Labs seems to have made some headway.

To get away from the current model, Spring Labs and firms including SoFi, OnDeck Capital, Avant, GreenSky, Funding Circle and others are set to test the new technology Spring Labs has developed. It uses a "triple blind" method of information sharing where the identities of neither the lenders nor customers is known, nor does Spring Labs know what information is being shared on its network. The company has combined elements of cryptography, blockchain and privacy enabling technology to pull this off, Jiwan said.

The blockchain aspect of the project allows for the network to be decentralized to improve security and for a chain of ownership to be established, Jiwan said. Additionally, the blockchain component will allow for a digital asset to be issued that will incentivize lenders to share their customer information. While still in development -- in no small way due to current regulatory uncertainty -- the goal is to pay lenders for sharing their information with the native digital asset, Jiwan said.

Spring Labs is also hoping to reduce fraud with its new model. With a system more akin to crowdsourcing rather than a bi-lateral exchange between a bank and credit bureau, Jiwan said more granular profiles of identity can be created. That could help root out a type of fraud where fake identities make their way into credit reporting databases and appear legitimate, allowing loans to be granted, he said.

Spring Labs, which has offices in Los Angeles and Chicago, is hoping to have its information-sharing and anti-fraud products out of testing and used for real-world applications in the last half of this year, Jiwan said.

To contact the reporter on this story: Matthew Leising in Los Angeles at mleising@bloomberg.net