U.S. stocks pared most of their gains into the close as a rally in technology companies fizzled out.

The Nasdaq 100 notched its third straight day of losses after earlier climbing about 1 per cent. Dip buyers helped push the S&P 500 higher, with defensive industries such as utilities and consumer staples among the best performers. The dollar rose to the highest level since November 2020, while Treasuries were little changed.

U.S. President Joe Biden and his aides scrambled to break a deadlock among Democrats that has stalled progress on his economic plans as the White House and Congress are staring down deadlines to keep the government running and avoid a default. Federal Reserve Chair Jerome Powell voiced cautious optimism that supply-chain disruptions lifting inflation would ultimately prove temporary.

“Jitters surrounding elevated levels of inflation and slowing growth are likely to remain for some time,” said Fiona Cincotta, senior financial-markets analyst at City Index. “U.S. debt-ceiling discussions could be in focus amid a quiet economic calendar.” 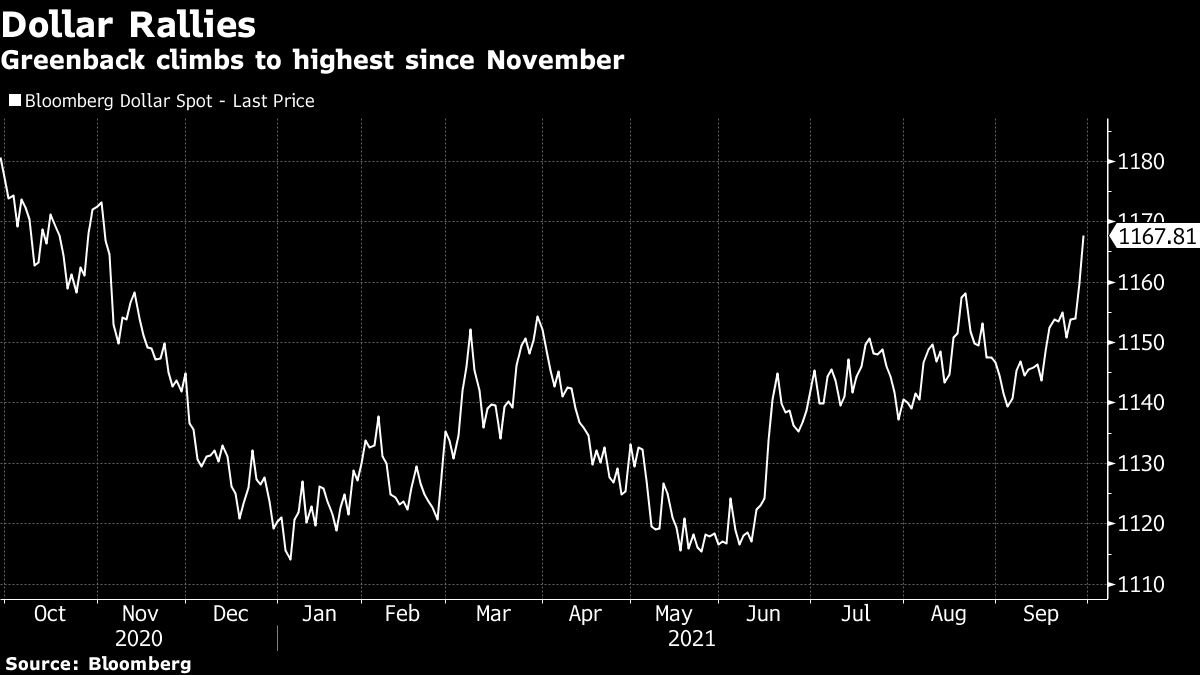 The U.S. Treasury is likely to exhaust its ability to borrow as soon as late October, according to the Congressional Budget Office, in the latest warning to lawmakers following their failed efforts to address the debt ceiling this week.

A majority of investors harbor fears of persistently high inflation, with a 20 per cent pullback in stocks seen as more likely than a 20 per cent rally, according to a Citigroup Inc. survey of clients. Though most expected modest gains next year in the S&P 500, price pressures and a policy reversal by the Fed are big risks, according to the survey of more than 90 pension, mutual and hedge funds this month.

A gauge of U.S. pending home sales rebounded in August to a seven-month high as prospective buyers welcomed more attractive pricing and additional inventory. The figures suggest housing activity is firming after retreating from the record-high levels seen last year.