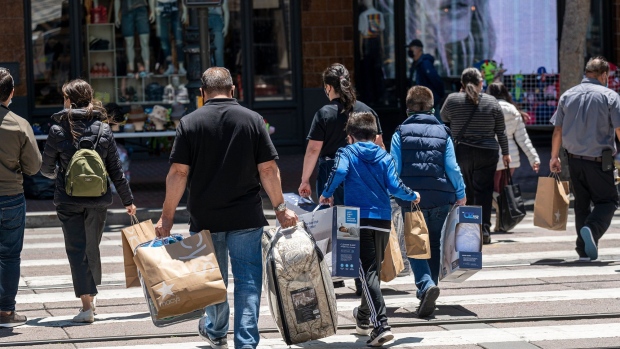 Central bankers are in a precarious spot in this chaotic pandemic economy. U.S. and U.K. consumers are grousing about rising prices and want some relief. But if government officials give it to them by raising interest rates, they may set back the recovery. It wouldn’t be the first time an errant move by a central bank triggered a recession.

On this week’s Stephanomics podcast, host Stephanie Flanders helps listeners navigate the perils of monetary policy with David Wilcox, Bloomberg’s director of U.S. economic research, and Jamie Rush, Bloomberg's chief European economist. Wilcox, who formerly directed the U.S. Federal Reserve’s research division, explains why the central bank is more worried that inflation will run too low over the long term, and less worried about the current 5.4% annual rate. Meanwhile, Rush argues that the Bank of England “lost its nerve” and is taking too aggressive an approach in battling price increases.

And, in a dispatch from Brazil, reporter Maria Eloisa Capurro shares why a new mobile payment app called Pix has overtaken the nation of 213 million people faster than expected, with everyone from small business owners to panhandlers accepting it.