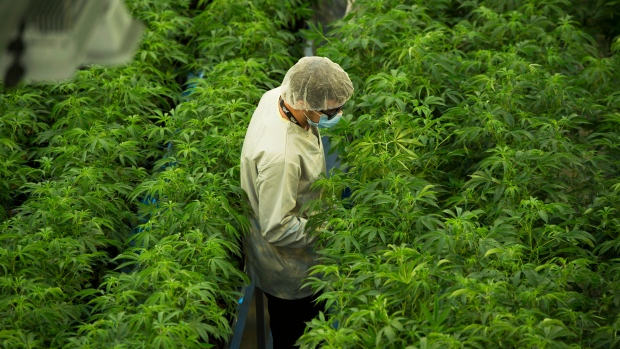 Marijuana D-Day has only just arrived in Canada, yet some of the pot stocks poised to benefit have already returned gains that made investors millions, soaring over 1,000 per cent within the past year.

The top 10 stocks with the biggest gains from their yearly lows include some well-known companies such Tilray Inc. and Canopy Growth Corp. -- the two biggest pot producers by value -- and MadMen Enterprises, which just bought medical pot firm PharmaCann for US$682 million. It also unveils some more recent darlings, such as India Globalization Capital, the heavy equipment rental business that also develops cannabis-based pharmaceuticals, as well as lesser known players that shot up under the radar.

TerrAscend Corp.’s roughly 1,400 percent climb from its 52-week low, reached a year ago this week, made it the biggest gainer ahead of Canada’s legalization of recreational pot Wednesday. The Mississauga, Ontario-based company, which produces medical and wellness products featuring cannabis, counts Canopy Growth and its investment arm, Canopy Rivers, among its top holders with a combined 24 percent stake. The top 20 names within the list include some of pot-investors favorite stocks such as Alkaline Water and New Age Beverages.

Most pot stocks however, couldn’t recover from an early nose dive Tuesday, even as the broader market advanced. The Horizons Marijuana Life Sciences exchange-traded fund fell 4.8 percent in Toronto, while the U.S.-listed ETFMG Alternative Harvest fund fell 3.7 per cent.