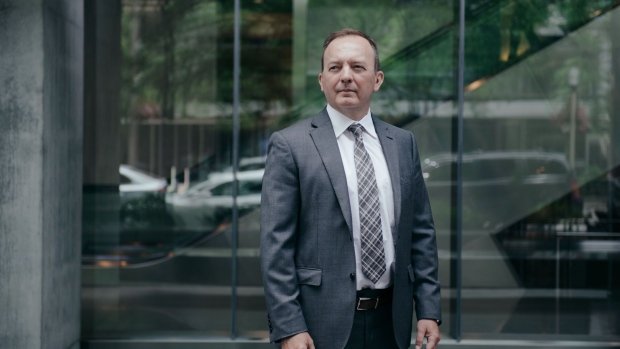 The rally in risky corporate debt is far from over, according to the manager of the world’s best-performing high-yield bond fund.

Nicholas Leach sees a tech-driven world that’s put a “mobile price-discovery device” in every pocket keeping inflation low. As a result, global monetary policy will stay loose, according to the portfolio manager at CIBC Asset Management, the $134 billion investing arm of Canadian Imperial Bank of Commerce.

“Central banks are pushing investors into corporates worldwide,” said Leach, whose Renaissance High Yield Bond Fund at CIBC has returned 14 per cent this year, the most among 68 global peers, according to data compiled by Bloomberg. “There will be an even stronger bid for corporates as global sovereign bonds sink further into negative yields.”

Leach’s call for further gains comes after a blistering first-half for bonds amid bets the Federal Reserve will cut interest rates for the first time in more than a decade. U.S. high-yield debt has returned just over 10 per cent this year, compared with six per cent for investment-grade sovereign and corporate bonds, according to the Bloomberg Barclays indexes. That helped lure US$3 billion to the iShares iBoxx High Yield Corporate Bond ETF in June, a monthly record, pushing its assets to $18.7 billion as of Wednesday.

The frenzy has prompted some managers to cut high-yield exposure, including Pilar Gomez-Bravo. The portfolio manager at MFS Investment sees similarities in current markets to the speculative mania that brought on the financial crisis. She’s betting the rally is on its last legs.

But Leach, who started his career as a computer programmer, said low inflation will keep the rally going.

“Every single person now, including kids, teenagers, are all walking around with a mobile price-discovery device and that’s one of the key reasons why inflation is staying low,” he said. “You can just go to YouTube and learn how to fix old things, you don’t need to buy new ones. Also, if you need something, you can just buy second hand.”

His high yield fund is 85 per cent allocated to U.S. companies and 15 per cent to Canadian, in both local currency and U.S. dollars. He invests in roughly 125 names, focusing on companies that are positioned to survive a cycle, but allowing for small positions in several distressed names.

One of his largest bets is Enbridge Inc.’s hybrid securities due 2077. While not technically high-yield, they are trading like it, a strategy he’s used to buy other debt including Ford Motor Co. and Seagate Technology Plc.

Enbridge hybrid notes are convertible to shares in the event of a bankruptcy or insolvency. He likes the company for its stable business, strong recurring cash flow and $97 billion market value.

“I’m not worried about a restructuring with Enbridge,” said Leach. “That is just extremely remote, so I don’t really need to worry about whether I have unsecured or secured notes.”

With $63 billion in debt, Enbridge’s subordinated notes are rated one notch below investment grade at Moody’s Investors Service, which means that some institutional investors can’t hold it. That’s causing them to trade about 380 basis points above benchmark government bonds, in line with companies that are way further into junk, he said.

Leach, who holds an economics degree, uses models supplemented with credit and equity market metrics to quantify credit risk on a more granular level than spreads, taking the human emotion out of the equation, he said. The second step is to then analyze this data to figure out where the “markets might have it wrong.”

“While part of me is happy I’m not writing code anymore, it has helped me a lot in terms of building some of these algorithms for our quantitative models,” Leach said.

--With assistance from Shin Pei.