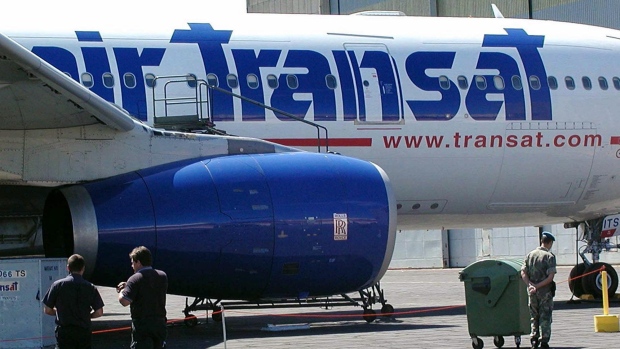 MONTREAL -- Transat A.T. (TRZ.TO) endured a frigid earnings year despite refocusing its sun destinations and beachside resorts as rising jet fuel prices and currency fluctuations reduced the travel company's profits ahead of the ramp-up of competition from Canadian airlines.

"The results of Q4 and summer `18 are not as positive as last year's. Yearly results are clearly not satisfying, reflecting the headwinds from jet fuel costs," said chief financial officer Denis Petrin on a conference call with investors Thursday.

Annual net income attributable to shareholders dropped 97 per cent to $3.8 million from $134.3 million last year, a difference owing in part to Transat's hotel sales in 2017. The earnings were the second worst it's posted in six years, with competition only set to increase.

"We've been following them, of course," Transat chief operating officer Annick Guerard told analysts. "But as we are dealing with other low-cost carriers in the Atlantic market, we know how to face those."

The Swoop sun flights will take off from Hamilton's airport, with B.C.'s Abbotsford International Airport also hosting flights to two of the four destinations.

Capacity among Canadian airlines for Mexican and Caribbean sun destinations will jump eight per cent year over year this winter, according to Transat. That includes a 16 per cent leap by Air Canada -- which has put more pressure on the sun market since Rouge entered the airspace in 2012 -- and a 14 per cent increase by WestJet -- excluding the additional routes from Swoop.

Transat expects its own capacity to nudge up just two per cent in the winter season compared to the same time last year.

The steeper competition comes as Transat shifts its focus to building a network of beachside hotels it hopes will better position the holiday tour operator against heightened competition from Canadian rivals.

Transat aims to own or manage 5,000 rooms in Mexico and the Caribbean by 2024, in a bid to defend its turf against Air Canada Rouge, WestJet Vacations and Sunwing.

In October 2017, the Montreal-based travel company sold its 35 per cent stake in its Ocean Hotels joint venture for $186 million. The next month, Transat signed a deal to sell its Jonview Canada subsidiary to a Japanese company for $44 million.

The company recently completed the acquisition of a parcel of land in the village of Puerto Morelos -- less than 40 kilometres from Cancun in Mexico's Yucatan Peninsula -- where it plans to build a beach resort.

The hotel, which will boast between 600 and 900 rooms -- "adult on one side and family on the other side" -- will be up and running by November 2020 with construction staring in May, chief executive Jean-Marc Eustache said Thursday.

Transat is also looking at two land offers in Mexico's Riviera Maya and two more along the beaches of Punta Cana in the Dominican Republic, on top of two other hotels up for sale, Eustache said.

Analyst Benoit Poirier of Desjardins Securities suggested investors should focus on Transat's medium-term plan. Its earnings results, on the hand, will likely prompt a "mixed reaction," he said.

In its latest quarter ended Oct. 31, net income attributable to shareholders dropped to $7.8 million or 21 cents per dilute share, from $148.1 million or $3.97 per share a year ago.

On an adjusted basis, Transat says it earned $16.9 million or 45 cents per share, four cents above forecasts by analysts polled by Thomson Reuters Eikon. That compared with $46.4 million or $1.24 a year ago.

For the year, adjusted net income dropped into the red for a loss of $24.5 million versus a profit of $29.1 million in 2017. Revenues decreased slightly to $3 billion.