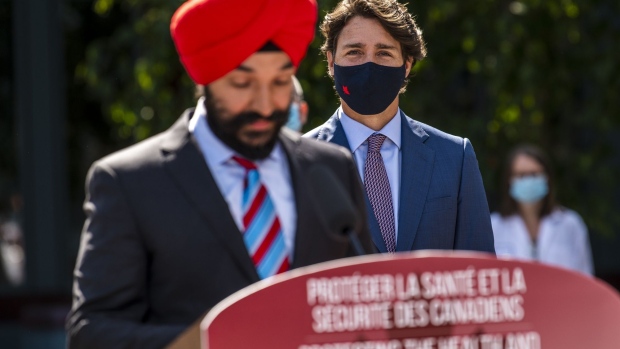 Under legislation introduced Tuesday in Ottawa, companies that commit the most serious offenses would be hit with fines worth as much as five per cent of revenue or $25 million, whichever is higher. The government said these penalties would be the strongest among the Group of Seven.

“As Canadians increasingly rely on technology we need a system where they know how their data is used and where they have control over how it is handled,” Innovation Minister Navdeep Bains said in a news release. “For Canada to succeed, and for our companies to be able to innovate in this new reality, we need a system founded on trust with clear rules and enforcement.”

The overhaul comes as jurisdictions around the world strengthen their data protection and privacy laws to regulate the Internet in an increasingly digitized and data-driven economy.

Trudeau’s legislation will also give Internet users more control over how their personal information is used by companies, as well as the right to request their data be destroyed.