BARRIE, ONT. -- Prime Minister Justin Trudeau is calling Donald Trump's plans for whopping tariffs on steel and aluminum imports an "unacceptable" move that will have "significant and serious" economic ramifications on both sides of the Canada-U.S. border.

"Obviously the integration of the North American steel and aluminum market is something that has created millions of good jobs on both sides of the border and has benefited companies, workers and individuals right across North America," the prime minister told a news conference Friday. 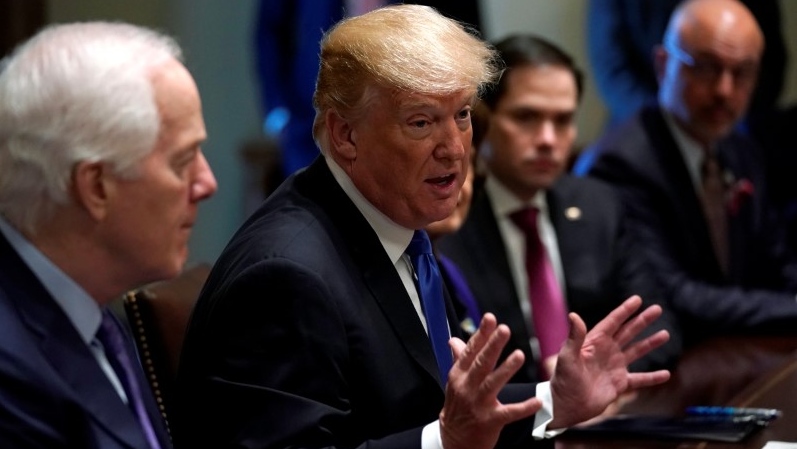 Which of Trump’s major trade moves is most damaging to Canada?

"The United States has a $2-billion surplus on steel with us, so we regard the imposition of any new tariffs or any tariffs on steel or aluminum between our two countries as absolutely unacceptable."

What's more, he added, it makes no sense for the U.S. to claim there's a national-security imperative for imposing the duties, given the level of security co-operation between the two countries.

"The level of co-operation and integration of our militaries, our defence of North America and our working together on a broad range of security issues means that it just makes no sense to highlight that Canada and Canadian steel or aluminum might be a security threat to the United States."

Trudeau said he has spoken with Trump numerous times to press Canada's case about the potential impact of trade-limiting tariffs and will continue to do so, but it wasn't immediately clear how recently the two leaders had spoken.

"I have spoken a number of times directly with the president on this issue, highlighting the integrated nature of the North American steel and aluminum market, highlighting and reminding him of the close security co-operation that we have," he said.

"When it comes to jobs, Donald Trump is eating Justin Trudeau's lunch right from under his nose," he said in an interview.

"The prime minister is spending our money on wasteful projects and his time on selfies and symbolism while the Americans steal our jobs."

Earlier Friday, Finance Minister Bill Morneau told the Montreal Council on Foreign Relations that he had a "constructive" discussion on the subject with U.S. Treasury Secretary Steven Mnuchin.

"We believe as a staunch and permanent ally of the United States that we are part of that security echo system, that we can actually add value to that challenge and so that's what we're putting forward," he said during a stop on his post-budget tour of the country.

The minister acknowledged that negotiating with the protectionist U.S. administration is difficult. But Morneau said the Canadian government recognizes that Trump was elected on a platform to deal with some economic challenges, particularly in the rust belt which has suffered decline.

"Of course we don't agree necessarily with all the ideas on how that might be done. So we are on a daily basis negotiating. Some days are challenging."

Morneau later declined to say whether he believes Trump's action might unleash a global trade war.

International Monetary Fund spokesman Gerry Rice said the restrictions will likely damage the U.S. economy, including the manufacturing and construction sectors that are major users of aluminum and steel.

"We are concerned that the measures proposed by the U.S. will, de facto, expand the circumstances where countries use the national-security rationale to justify broad-based import restrictions," he said in a statement.

Quebec Premier Philippe Couillard also said that Americans will be most negatively impacted by these tariffs and will only result in the U.S. paying more for things like automobiles or cost hikes in defence spending.

He drew parallels to the U.S. putting tariffs on softwood lumber, which ultimately ended up costing U.S. homeowners more.

"Protectionist policies, although they may sound good, always hurt the country that institutes them, not the other way around," he said.

-- With files from Ross Marowits in Montreal