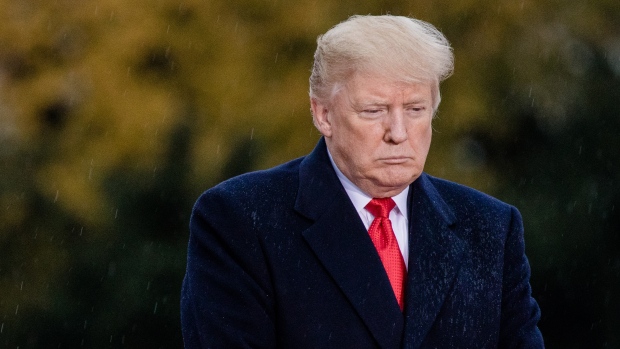 President Donald Trump blamed lagging markets on investor fears over scrutiny his administration could face from Democrats who recently won the majority in the House of Representatives.

"The prospect of Presidential Harassment by the Dems is causing the Stock Market big headaches!" he tweeted Monday.

The prospect of Presidential Harassment by the Dems is causing the Stock Market big headaches!

As he tweeted, the Dow Jones Industrial Average and the S&P 500 were down just more than 1 per cent for the day. Both indexes are largely unchanged since their opening Wednesday, the day after the midterm vote.

Ahead of the elections, Trump tweeted stocks would “go down” if Democrats prevailed. That warning came after stocks fell after reports that the administration would move forward with additional tariffs against China in early December if Trump doesn’t make progress toward resolving its trade dispute during a meeting with Chinese President Xi Jinping.

Democrats ended up winning control of the House, capturing at least 225 seats, but Republicans expanded their advantage in the U.S. Senate. Key races in both chambers are yet to be called.

In data going back to 1901, stocks have returned more when the government is divided than when it’s unified, according to a report by OppenheimerFunds.