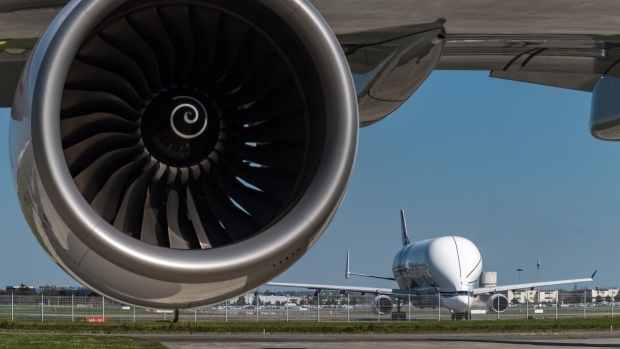 (Bloomberg) -- A British government agency has been criticized by an anti-corruption group for providing at least 340 million-pounds ($425 million) of support to Airbus SE and engine manufacturer Rolls-Royce Holdings Plc to help secure suspect contracts.

U.K. Export Finance backed deals from the two companies that were later found to have been tainted by graft, according to a report by Spotlight on Corruption. In the case of Airbus, the agency identified wrongdoing but took more than a year to report its suspicions to the Serious Fraud Office, the report said.

Airbus went on to agree to a record 3.6 billion-euro ($4.1 billion) settlement with authorities in the U.K., France and the U.S. earlier this year regarding payments to intermediaries to secure jet orders. Rolls-Royce agreed to pay $800 million in 2017 to resolve probes in the U.S., U.K. and Brazil over bribes paid by Rolls employees to agents and foreign officials to win tenders.

“It is only a matter of time before there is another corruption scandal involving UKEF-backed companies,” said Susan Hawley, executive director of Spotlight on Corruption. “As UKEF takes on increased risk, it needs to be really transparent about what steps it is taking to prevent” repeat failures, she said.

UKEF’s track record is coming under scrutiny as the U.K. seeks fresh trade agreements after its exit from the European Union. The coronavirus slump may also bring more requests to the agency, which helps British companies secure overseas deals by providing insurance and other guarantees.

“UKEF’s mission is to ensure that no viable U.K. export fails for lack of finance or insurance from the private sector,” a spokeswoman for the agency said in an emailed statement. “It undertakes rigorous due diligence including checks against financial crime, bribery and corruption, prior to any support being provided.”

Spotlight on Corruption’s report finds that out of 20 countries being prioritized for a post-Brexit trade push, 11 of the markets are in the bottom half of corruption indexes.