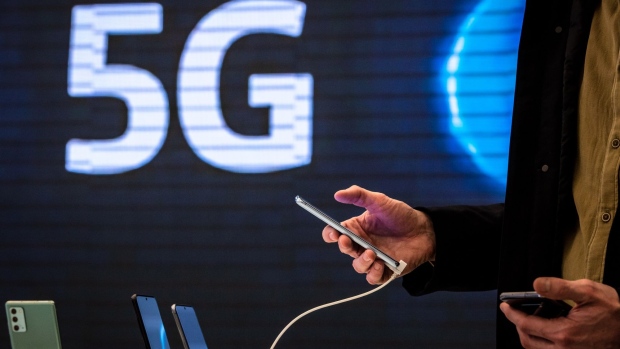 The U.K. and its mobile networks have set a target of 2030 to carry 35% of their data over so-called Open RAN equipment, challenging dominant suppliers Nokia Oyj and Ericsson AB.

While not compulsory, the “ambition” to introduce Open RAN components announced Wednesday could limit the market share of the two Nordic vendors. They stood in line to inherit an effective duopoly after Britain banned their main competitor, China’s Huawei Technologies Co. Ltd, from its next generation 5G wireless networks last year.

Open RAN stands for Open Radio Access Network and is an initiative intended to foster new competition. The Huawei ban exposed Britain’s reliance on a small number of suppliers, causing government ministers to try and diversify the supply chain.

Although Nokia and Ericsson have expressed support for Open RAN, the shift represents a big potential opportunity for startups and the likes of Airspan Inc. and Rakuten Group Inc.’s Altiostar, which sell Open RAN gear, as carriers plan to spend the next decade building 5G networks.

The U.K. also said it’s agreed with its four biggest phone networks -- BT Group Plc, Vodafone Group Plc, Virgin Media O2 and Three UK -- to switch off older 2G and 3G mobile services by 2033. That will simplify the market for possible new vendors, save money and energy, and free up airwaves for other uses. Some operators had already started announcing their own plans to do this as customers move onto modern 4G and 5G standards.