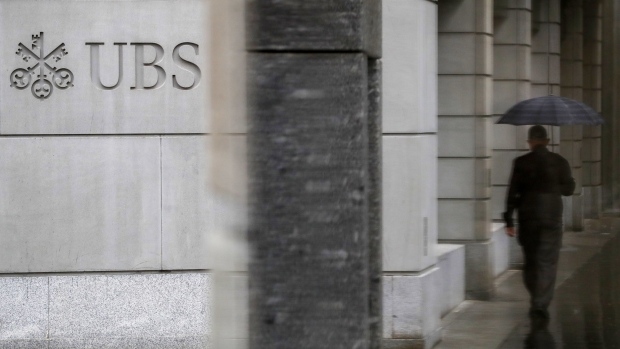 (Bloomberg) -- Green funds sold by some of the world’s biggest asset managers are failing to live up to the climate goals set out in the Paris Agreement, according to a review of the industry conducted by London-based nonprofit InfluenceMap.

More than half of climate-themed funds flunked the test, while just over 70% of funds promising environmental, social and governance goals fell short, according to the report.

“The lack of consistency and clarity makes it difficult for investors to determine what these funds’ descriptors mean in practice,” said Daan Van Acker, an analyst at InfluenceMap. The analysis is further evidence that stronger regulation is needed for sustainable funds, he said.

Among the world’s largest asset managers, InfluenceMap said it found shortcomings in some of the funds managed by UBS Group AG, State Street Corp. and BlackRock Inc. At the other end of the spectrum were Invesco Ltd. and BNP Paribas SA.

Anxiety around greenwashing, where the environmental benefits of an investment strategy are exaggerated or misrepresented, has intensified as a hotter planet feeds increasingly deadly weather events. Meanwhile, scientists have warned that warming is happening faster than previously feared, adding urgency to the need to steer capital away from carbon emitters.

The International Energy Association says an immediate halt to all new fossil-fuel exploration is needed if the world is to reach the Paris Agreement’s goal of net-zero carbon emissions by 2050 and avoid deadly temperature gains that will feed more frequent floods, droughts and wildfires.

InfluenceMap looked at 723 equity funds that were marketed as ESG or as climate-related, representing more than $330 billion in total net assets. Using a scale from minus 100% to plus 100%, it ranked funds according to how well they were aligned with the goals set out in the Paris Agreement.

In the broad ESG category, 71% generated a negative score “indicating the companies within their portfolios are misaligned from global climate targets,” according to InfluenceMap. Among climate-themed funds, the nonprofit said 55% were misaligned. That said, the review also showed a “very large variation,” with some funds scoring as high as 90%. The worst, two climate-themed funds run out of China, had the lowest score of minus 42%, while a pool run by Impax Asset Management was the most aligned with the Paris accord, scoring the highest with 91%, InfluenceMap said.

“The study’s focus on exposures to a limited number of sectors doesn’t adequately capture the positive impact of index-based and tilting strategies,” said UBS spokesman Thomas Atkins. “This approach results in funds with a significantly lower carbon intensity and reduction of carbon risk, but which deliver benchmark returns in line with the parent index.”

State Street spokeswoman Olivia Offner said the firm offers “a range of ESG strategies, including funds aligned to the Paris Agreement and funds that meet climate objectives in other ways,” to meet investors’ different needs and risk profiles.

The InfluenceMap report also found that some climate-themed funds were exposed to the fossil-fuel industry, including companies such as TotalEnergies SE, Halliburton Co., Chevron Corp. and ExxonMobil Corp. And three funds labeled “Paris aligned” and run by UBS and Amundi SA scored between minus 40% and minus 26%, InfluenceMap said.

The review determined that, in general, there is a “lack of consistency and clarity” in how asset managers are labeling their funds, which “makes it difficult for investors to determine what these funds’ descriptors mean in practice,” amid an absence of uniform regulations across jurisdictions.

The European Union enforced the Sustainable Finance Disclosure Regulation in March, though the rules still need to be clarified and updated. Even so, Europe is far ahead of the U.S. and Asia in tackling ESG rules across the asset management industry, and the framework it develops is likely to become a benchmark for the rest of the world.

Mobilizing the financial industry to help achieve net-zero goals will be a key challenge at the 26th UN Climate Change Conference of the Parties, or COP26, in Glasgow, which is due to take place in November.

InfluenceMap’s report, which used the Paris Agreement Capital Transition Assessment methodology, found that many funds have similar climate alignment scores to the broader market, as passive strategies spread. Even those that claim to exclude fossil fuels, for example, do not tend to show greater sustainability, the nonprofit said.