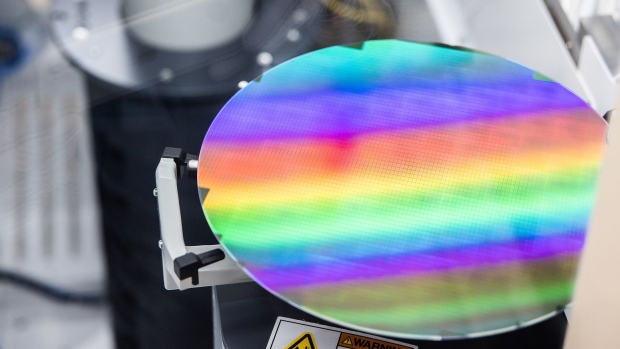 (Bloomberg) -- Rockley Photonics has been forced to find an alternative manufacturer for its products after a subsidiary of China’s Wingtech Technology Co. took over the British factory it had been using.

The UK-based company planned to keep making its components for sensors, which it aims to sell to the healthcare market, at Nexperia NV’s Newport Wafer Fab, Rockley Chief Executive Officer Andrew Rickman told British lawmakers on Tuesday. That relationship was shuttered after Nexperia bought the plant, he said.

“The current owner, for business reasons known to themselves, don’t want us to manufacture there,” Rickman told the Business, Energy and Industrial Strategy Committee. “It is frustrating. We will ramp up not only the alternative foundry that we have in the US, but we’ll find a replacement for Newport Wafer Fab in due course.”

The Newport takeover was completed a year ago but is the subject of a probe under the UK’s new National Security and Investment Act, which could lead to ministers challenging the deal retrospectively.

China has been aggressively trying to acquire foreign semiconductor technologies to aid the development of a chip industry at home and reduce its reliance on imports. While Newport is not a major player in the global chipmaking space, it has received funding to make silicon carbide-based chips, also called “third-generation” chips that China is racing to develop.

“As discussed with Rockley prior to acquiring Newport Wafer Fab, Nexperia had to focus on meeting commitments to its customers to ensure that, amongst others, the automotive industry could continue manufacturing,” a spokesman for Nexperia said in a statement.