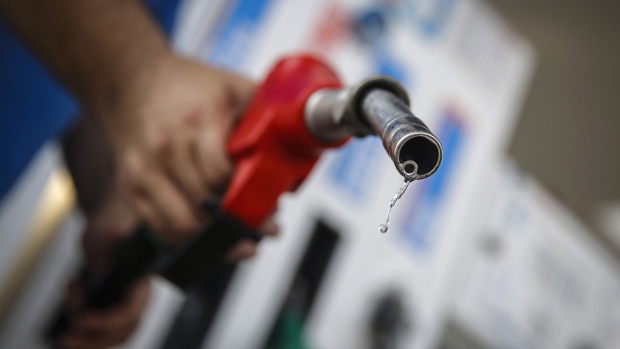 A droplet of petrol falls from a refueling nozzle on the forecourt of a OAO Gazprom Neft PJSC gas station in Belgrade, Serbia, on Monday, June 11, 2018. , Bloomberg

Debt-burdened Canadians aren’t catching a break at the pumps, with four out of 10 surveyed in a new Angus Reid Institute poll saying a surge in gasoline prices is making it harder for them to afford their basic needs.

Forty-four per cent of Canadians surveyed said they’re struggling to meet their necessities due to increasing gas prices. The survey’s findings come amid heightened concern over Canadians’ mounting debt loads and as the beginning of the summer driving season is set to push gas prices even higher, starting with the Victoria Day holiday this weekend.

Gas prices have risen across the country as geopolitical tensions push crude higher. Domestically, the introduction of a federal carbon tax for four provinces in April also helped drive the increase.

In British Columbia, which has the highest gas prices in North America, nine out of 10 drivers said they’ve noticed a “major increase,” with 70 per cent saying they would support the government introducing a price cap.