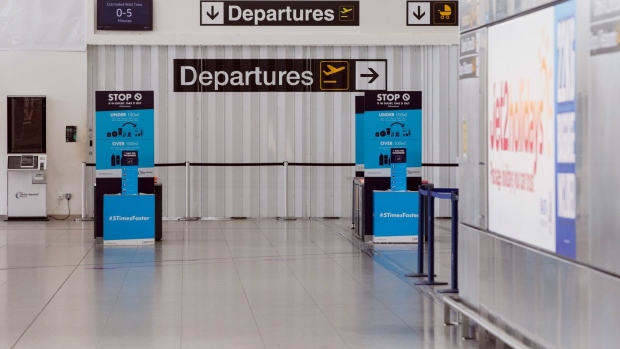 (Bloomberg) -- Governments have devoted more than $85 billion to propping up airlines after the coronavirus pandemic wiped out travel demand and grounded jetliner fleets. But with job cuts racking up — 20,000 were announced in Europe this past week — a debate is raging over whether opening the spigot will do more than merely delay the inevitable.

Some 80% of flight capacity remains idled, while a rebound in China has stalled, leading the International Air Transport Association to suggest the recovery will be a tortuous one. Given the financial impact and safety measures likely to be required, it could be three years before the industry sees a sustainable revival, according to Delta Air Lines Inc. Chief Executive Officer Ed Bastian.

Tension is also mounting over whether the cash windfall will interrupt a necessary thinning out of the sector by propping up weaker airlines, many state-owned or former flag carriers, while their leaner rivals rely on their own resources. Some otherwise-unviable routes would be lost without aid, along with jet orders that would help satisfy carbon-reduction goals of state backers.

Ryanair Holdings Plc CEO Michael O’Leary has challenged the notion of state aid as inherently unfair and detrimental to pricing power for those carriers still standing on their own feet.

Here’s a guide to who is borrowing what, where the jobs ax has fallen, and what airline bosses are saying about a recovery.