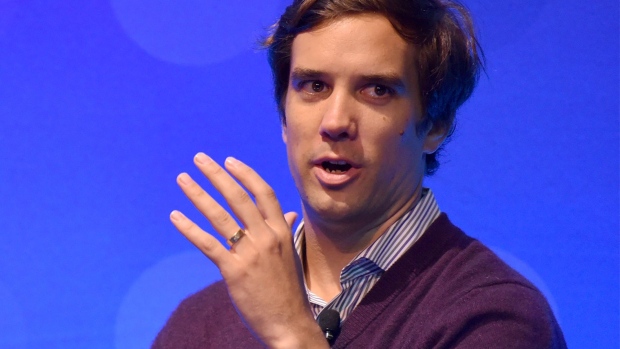 (Bloomberg) -- Julia Ioffe was finishing up a book earlier this year when she decided it was time to get a full-time job. As a veteran of The New Yorker, The Atlantic and New Republic, she had plenty offers. But after more than two decades of working for other people, Ioffe decided to make a bet on herself.

Ioffe is one of the first writers at Puck News, a new media company that aims to cover the four centers of power in the U.S.: Silicon Valley, Hollywood, Washington and Wall Street. Founded by veterans of New York media, Puck News is led by Chief Executive Officer Joe Purzycki and editor-in-chief Jon Kelly. But Kelly and Purzycki stress the company isn’t about a charismatic founder like Vice’s Shane Smith, but its star talent.

Kelly has recruited a handful of influential writers to write newsletters and serve as founding partners in his new venture. Matt Belloni dishes on clashing egos in Hollywood. Teddy Schleifer explores the soft power of Silicon Valley billionaires. Ioffe examines the depressing state of contemporary politics. William Cohan writes about finance. Puck’s contributors include Baratunde Thurston, Peter Hamby, Dylan Byers and Tina Nguyen, and the company plans to add a few more names before the end of the year.

For the past few months, the only way to read any of them was via email. But on Monday, the company will unveil its website that will publish fresh stories every day. Later this month, Puck will introduce a podcast featuring several of its writers. It will also erect a paywall, requiring readers of most of its newsletters to pay for access to stories, live events and personal time with their favorite writers.

The whole venture is a bet on two concepts gaining a lot of currency in media circles: that journalism shouldn’t be free, and that journalists need to be more like social media influencers.

“There is an elite group of journalists who want to be long-form writers, column writers, newsletters writers and want to have a direct connection with the large audiences they’ve amassed on social channels,” Kelly said. “We wanted to create a platform and company that offers the best of all these worlds to the type of creators who value it most.”

By the time she started talking to Puck, Ioffe said she was already getting most of her news from newsletters or NPR. “Why not put my money where my mouth is and produce the kind of content I consume?"

Kelly started his career in the magazine business under Graydon Carter, the legendary editor of Vanity Fair. Glossy magazines were raking in cash, and Carter had assembled a stable of writers such as Christopher Hitchens and Dominick Dunne. But over the past decade, Kelly watched as the magazine business withered. Marketers shifted advertising dollars from print to Google and Facebook. Consumers canceled subscriptions and opted for free news sites. Journalists left the profession to work in public relations or Hollywood. (Kelly had a stint at Bloomberg Businessweek along the way.)

Kelly left publishing for a beat to serve as an executive-in-residence at TPG, the private equity firm. While working there, he met a few other media emigres who shared a similar view of the future.

The last wave of journalism startups on the internet gave away stories for free and tried to reach as many people as possible. BuzzFeed, Gawker, Vox Media and Vice all claimed to understand the web in a way that legacy outlets couldn’t. That scale looked great when raising money, but it left them vulnerable to the slightest algorithm change by Facebook and Google.

While those web publishers struggled to live up to their once-lofty valuations, the New York Times, Wall Street Journal and Washington Post began signing up paying customers in droves. At the same time, social media had enabled podcasters and journalists to build direct relationships with readers, giving birth to a new catchphrase: the creator economy.

Those two developments produced a new breed of publishers like The Information and The Athletic that charged readers passionate about a specific area like technology or sports. (Max Tcheyan, an early employee at The Athletic, is a Puck co-founder, as is Liz Gough, who last worked at Conde Nast.) It’s also fueled the rise of Substack, a newsletter platform where writers such a Heather Cox Richardson and Andrew Sullivan charge their readers for a personal email.

Puck has bridged those worlds, creating the infrastructure of a news organization while also subsuming its brand to those of individual writers like Belloni or Ioffe. Each of the founding partners owns a piece of the business and is paid a bonus based on how many subscriptions and advertising sales they generate. A $100 annual fee entitles subscribers to personal emails from the authors and all the newsletters, features and breaking news; moving up to $250 brings all that plus access to conference calls with the authors, Q&As with the staff and invitations to events.

“We really focused on economics to talent,”  Purzycki said. “This is their company.” This is where we should note that it is and it isn’t. The company declined to state how much of the company its writers own and has raised about $7 million from private equity firm TPG, which declined to comment for the story, as well as 40 North Media, the media investment arm of  Standard Industries.

Puck’s pitch has resonated with a number of veteran journalists, who tired of working at conservative, bloated publishers but were reluctant to start a new business entirely on their own.  (Thurston, a best-selling author, former editor at The Onion and producer of “The Daily Show with Trevor Noah,” is a rare exception in that he has a vibrant business of his own.)

“I spent a lot of years building up value and content for others, and I see where the economics of the industry are going,” Belloni said. “To be able to be an owner of that destiny sounds cheesy, but it’s totally true.” Belloni’s newsletter about Hollywood has been a big hit since it debuted, attracting more than 12,000 free subscribers and securing advertisements from major media companies.

Time will tell how many of those customers will pay for a Puck subscription. The number of people willing to pay $100 or $250 a year for a dozen or so newsletters may be small, especially when they already pay for a lot of subscriptions, be it Netflix, Disney+, Spotify or Amazon Prime. That is one of many reasons to be skeptical. Publishing is a shrinking business, and podcasting is a growing but still industry. Even with subscriptions, it’s hard to make money in journalism. Only a handful of news outlets and individuals have broken through.

And yet society is getting more and more comfortable with paying to read writers they like, such as Cox Richardson and Judd Legum. Puck is targeting a specific audience: the movers and shakers in halls of power.

For Kelly, the idea is to have credibility with newsmakers themselves. For Thurston, it’s personal in a different way.

“I’ve ranted a lot in my tech criticism life about having people work for free to support platforms,” Thurston said.  “Having some ownership feels overdue.’’