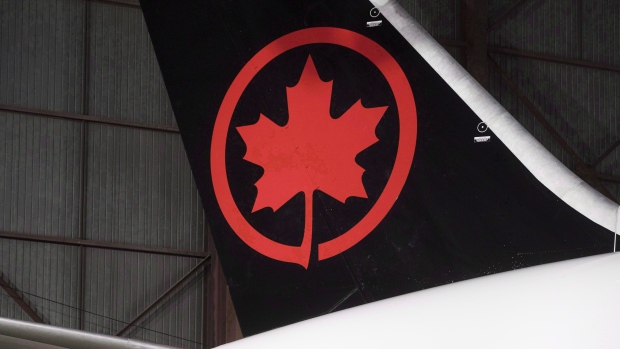 MONTREAL -- Air Canada has completed its purchase of the Aeroplan loyalty program from Aimia Inc., assuring customers their miles will be honoured on a "one-to-one basis" when the airline's new rewards program launches in 2020.

"Air Canada is creating an industry-leading loyalty program that aims to provide unmatched flexibility, choice and convenience for customers when it debuts in 2020," chief executive Calin Rovinescu said in a statement Thursday.

The deal marks a reunion for Aeroplan and Air Canada, which spun off the points program in 2005 under a restructuring.

It will also mean better access to customer data for Air Canada -- Aeroplan has about five million members -- and positions the Montreal-based airline to compete against the PC Optimum loyalty program run by Loblaw Companies Ltd., which boasts about 16 million members.

Aimia used the majority of its gross proceeds from the sale, which totalled roughly $497 million after adjustments related to working capital, to repay debt.

At closing, Aimia used about $308 million to repay and terminate its credit facility and redeem all of its outstanding senior secured notes. A further $100 million has been deposited into a restricted, interest-bearing account jointly controlled by Aimia and Air Canada under the terms of the deal.

Aimia said about half of its 1,500 employees will move to Air Canada as a result of the transaction.

"Aimia is in the enviable position of having unrestricted cash of over half a billion dollars alongside its meaningful operating business and investments after accounting for the impact of the sale and the repayment of all of our financial indebtedness," said Aimia chairman Robert Brown in a release.

In addition to the cash payment, Air Canada has assumed about $1.9 billion in liabilities to points holders, partially backed by two banks that offer Aeroplan credit cards.

Toronto-Dominion Bank and Canadian Imperial Bank of Commerce paid Air Canada about $822 million, on top of an undisclosed payment from Visa Canada Corp. TD and CIBC also made pre-payments of $400 million in total to the Aeroplan -- now Air Canada's subsidiary -- to be applied to future monthly payments "in respect of Aeroplan Miles," Air Canada said.

The banks and Visa have agreed to stay with the loyalty program until at least 2030. American Express Canada has also signed on for continued participation through an agreement in principle.