More than a year since COVID-19 started roiling the global aviation industry, Air Canada unveiled a long-awaited aid deal Monday evening that includes $4 billion in repayable loans and an equity stake for the federal government.

Under the agreement struck with the feds, Canada’s largest airline said that it will be able to tap as much as $5.879 billion in liquidity via the Large Employer Emergency Financing Facility (LEEFF).

According to a release from Air Canada, the arrangement includes the issuance of $500 million in Air Canada shares priced at $23.1793 apiece, as well as warrants for 14,576,564 shares priced at $27.2698 each over a 10-year span. If all of the warrants are exercised, the federal government would be left holding 14.1 per cent of Air Canada’s Class B shares, according to a release from the Canada Enterprise Emergency Funding Corporation, which administers the LEEFF program. 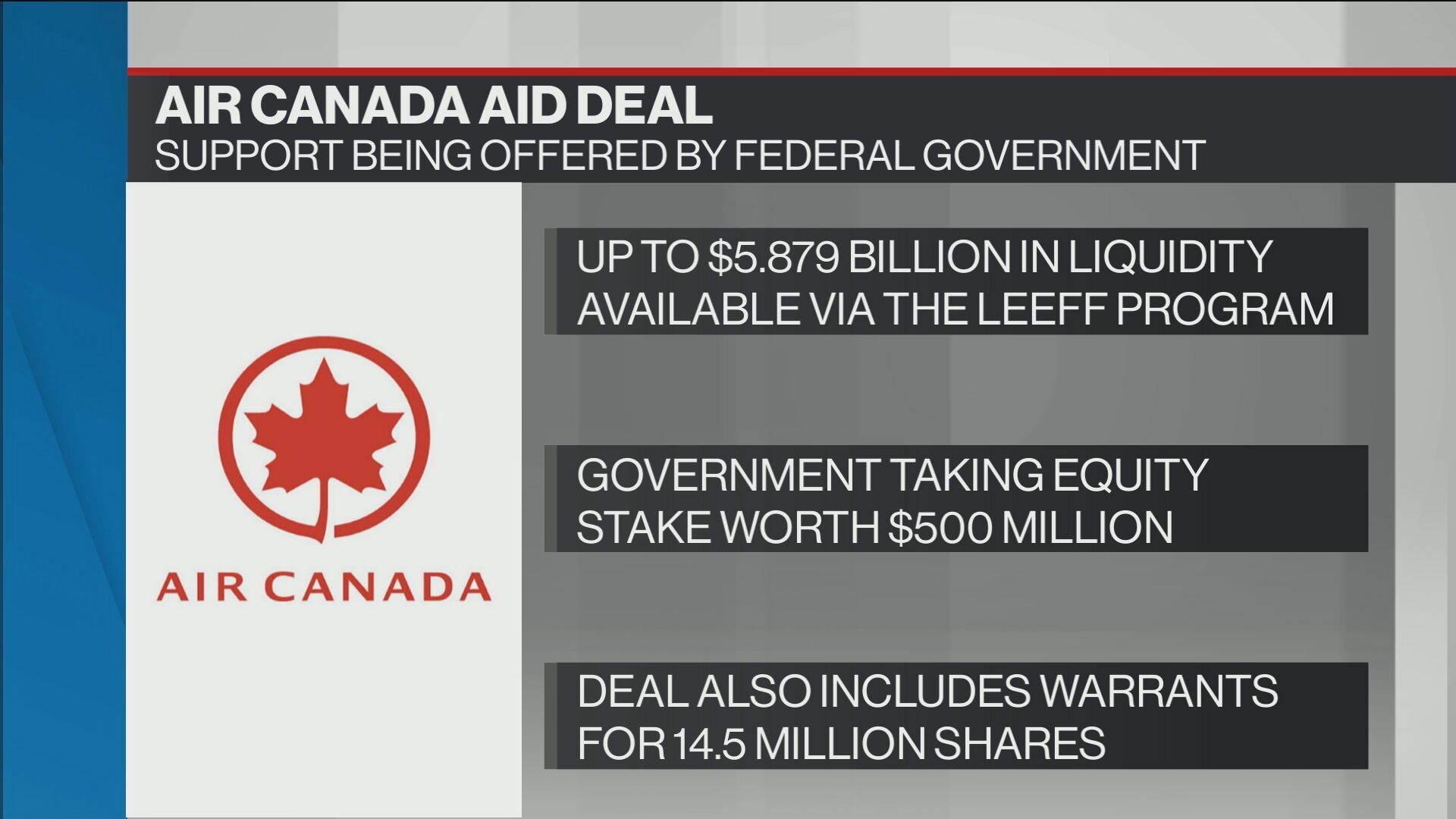 “It was really ‘holy cow’ – and not so much in terms of the amount of money, but the fact that the government of Canada is a shareholder in Air Canada again,” said industry consultant Robert Kokonis, president and managing partner of AirTrav, in an interview.

“I heard this rumour back in October that the government was potentially talking about some sort of public participation in equity but to see this was incredible.”

Air Canada said it has agreed to offer refunds to customers who purchased non-refundable fares and who were not able to travel since February 2020. The airline said in its release that it has also agreed to restrictions on some spending, dividends, share buybacks, and executive compensation. It will also proceed with its purchase of 33 Airbus A220 jets, which are being manufactured in Quebec.

The airline has also agreed to not allow its headcount to fall below its employment level as of April 1, and will either resume service on “nearly all” regional routes where service had been suspended due to the pandemic.

“The additional liquidity program we are announcing [Monday] achieves several aligned objectives as it provides a significant layer of insurance for Air Canada, it enables us to better resolve customer refunds of non-refundable tickets, maintain our workforce and re-enter regional markets,” said Air Canada President and Chief Executive Officer Michael Rousseau in the release.

“Most importantly, this program provides additional liquidity, if required, to rebuild our business to the benefit of all stakeholders and to remain a significant contributor to the Canadian economy through its recovery and for the long term.”

“I’m confident this agreement sets a standard for how such interventions should be designed, with the interests of Canadians and workers coming first. This is a good and fair deal for Canada and Canadians,” Freeland said.