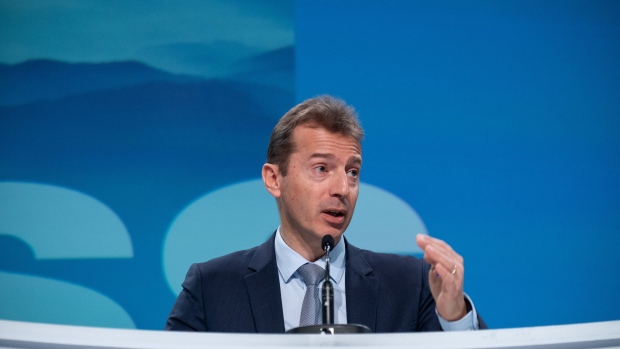 (Bloomberg) -- Airbus SE Chief Executive Officer Guillaume Faury called on the European Union to coordinate the return of international air traffic, saying chaotic decision-making on flight bans by member countries at the start of the pandemic revealed weaknesses in the way the region works.

“We need one decision making center and we don’t have one. We see Europe’s weaknesses in this type of situation,” he said at the Aix-en-Seine economics conference in Paris Sunday. “The flight bans and halts weren’t coordinated and were very national.”

Aerospace has been hammered by the health crisis, after lockdown policies to contain the virus led to the widespread grounding of planes and delayed jet orders. Airbus has announced plans to cut 15,000 jobs across its commercial aircraft division to get through the crisis while its customers like Air France-KLM and Deutsche Lufthansa AG are also shedding thousands of staff.

International air traffic is still at about 5% of normal levels, while regional and domestic routes are getting between 10% and 30% of the usual traffic, according to Faury.

The planemaker’s forecast that deliveries this year and next will drop by 40% is underpinned by domestic traffic coming back quite quickly to “a reasonable level” of more than 50% by this summer or the end of the year, and international traffic recovering by next summer, he said.

“If we don’t get that, we will have to expect a second wave of bad news from the aviation industry because our working hypothesis for the survival of the sector won’t hold,” the CEO said.