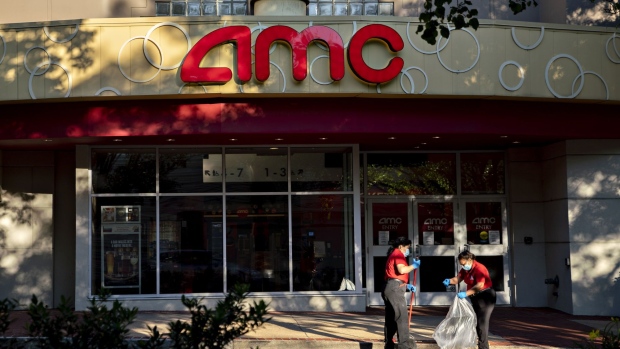 AMC Entertainment Holdings Inc., the largest U.S. cinema chain, will start reopening its theaters on July 30, two weeks later than expected, after Hollywood studios rescheduled nearly every movie that was supposed to come out next month.

The chain said Monday it will reopen 450 locations on July 30, and a further 150 the following week. AMC initially planned a July 15 end to its four-month domestic closing, which was so devastating to the company that it warned it might go out of business.

The first new big-budget film of the summer, “Tenet” from AT&T Inc.’s Warner Bros., was expected to come out on July 17.

Warner Bros. has delayed “Tenet” two times, and the film is now scheduled for an Aug. 12 debut. Walt Disney Co. also delayed its own big July release, “Mulan,” by about a month, to Aug. 21.

A less-anticipated film from Sony Corp.’s Sony Pictures, “The Broken Hearts Gallery,” was also delayed Monday. The romantic comedy will now premiere in theaters on Aug. 7, leaving cinemas without any major new films to show in July.

Hollywood has repeatedly shuffled release schedules because of the coronavirus crisis. Initially, studios and cinema owners believed things would return to relative normalcy by the middle of 2020, but public concern about the pandemic remains high.

AMC was drawn into controversy a couple of weeks ago after saying it wouldn’t require guests to wear masks when they visited its theaters. The policy drew public backlash, and it quickly reversed its stance.

Studios are wary those concerns will keep audiences away from the cinema, making it harder for them to recoup the hundreds of millions of dollars they’ve spent on potential blockbusters. AMC Chief Executive Officer Adam Aron has said he won’t broadly reopen as long as big movie releases keep getting pushed back, saying that old films might not attract enough moviegoers to cover operational costs.

AMC has already opened some international locations, and it can restart sooner in other countries than it can in the U.S., where virus cases and deaths are still rising. The chain now anticipates almost all its 1,000 global venues will be open in August, with precautions such as capped ticket sales and additional cleaning.