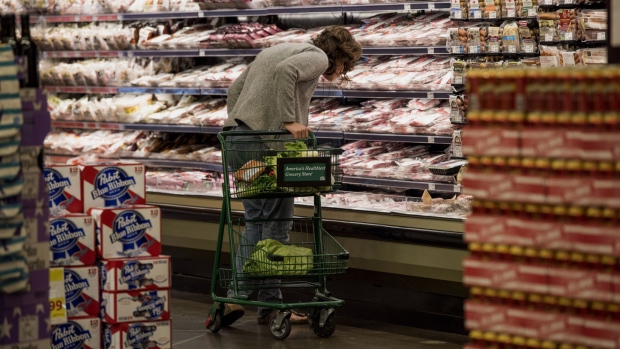 A customer browses merchandise at a Whole Foods Market Inc. store in Oakland, California, U.S., on Wednesday, May 6, 2015. , Bloomberg News

These are dark days for white meat.

For decades, the chicken breast has been America’s darling. Now everybody, it seems, is doubling down on thighs.

In the U.S., production is at a record high. Retail sales of thighs have jumped nine-fold in the past decade, and restaurants are buying more dark meat, too, according to Tyson Foods Inc., the largest U.S. meat processor.

The fate of chicken breasts can be blamed partly on the poultry industry, which created birds so big-chested that some developed a tough, coarse texture that’s come to be known as “woody breast.” Sanderson Farms Inc., the third-biggest U.S. chicken producer, said it’s testing the creation of birds with smaller breasts, and Chief Executive Officer Joe Sanderson said breeding birds with more dark meat makes “all the sense in the world.”

Over the next year, the company will be deboning dark meat in all seven of its plants that process large birds, said President and Chief Operating Officer Lampkin Butts. That’s up from just one or two plants two years ago, he said.

Automation favours dark meat. Robots are better at processing dark meat than people, while a human touch is still needed to get the best yields from breast meat, Butts said. Tight labor conditions are plaguing the meat industry. 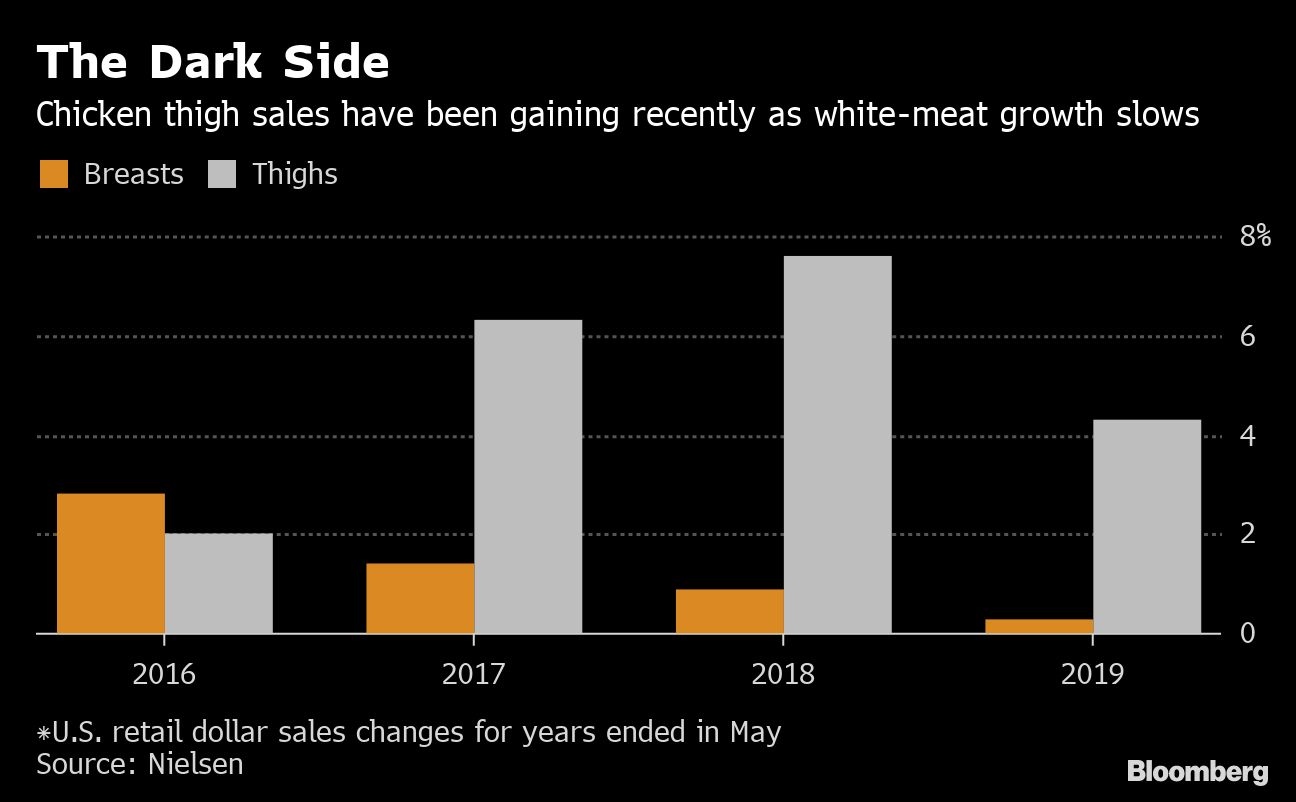 Demand is so high for thighs that prices have eclipsed that of the traditionally more expensive breasts. As of July 10, jumbo boneless, skinless chicken breasts were $1.13 a pound, and the equivalent boneless, skinless thighs were $1.24, according to Russ Whitman, senior vice president at commodity researcher Urner Barry.

It’s a reversal of white meat’s decades-long U.S. market domination. Dark meat has always been more popular abroad, but breasts became the big thing in the U.S. in the 1980s when producers started cutting up birds for the sake of convenience. Before that, consumers bought whole birds, and it was up to home cooks to do the dismembering. White meat caught on because it was lower in fat and perceived to be healthier, while the dark meat was often added to sausage or shipped overseas to other countries, like Russia.

“Just because of the fat content and wholesomeness of the breast, people really flocked to that,” said National Chicken Council spokesman Tom Super. “Pun intended.”

Today’s diners aren’t afraid of fat -- or a more global cuisine. Chipotle Mexican Grill Inc. bought more than 115 million pounds of chicken last year, 600,000 pounds more than it used in 2016 -- all of it dark meat.

“The dark meat has more blood in it,” he said. “That’s why it’s juicier. White meat can dry out.”

Salad chain Sweetgreen has added blackened chicken thighs. Panera Bread’s new dinner menu offers items made only with chicken thighs for the first time. And the TGI Fridays test kitchen is working on a sweet-and-sour tempura dish featuring thighs after replacing 25% of the white meat in chicken quesadillas with dark.

Bell & Evans plans to introduce meatballs made without breast meat. The company is also investing $5 million in new leg deboning equipment to make the meatballs for supermarkets, along with a breaded thigh “that’s juicier and more flavorful than a breaded breast,” owner Scott Sechler said. “The breaded thigh makes an amazing sandwich, and we predict it will soon replace traditional breaded breasts in a lot of popular chicken sandwiches.”

Historically, thighs were more attractive to frugal shoppers. Now it’s the taste and the ease of preparation.

--With assistance from Olivia Rockeman.