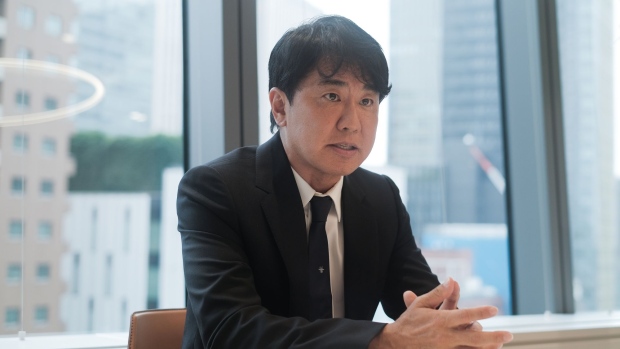 (Bloomberg) -- Kiyoshi Matsuura was so worried about growing old that he started using an anti-baldness treatment as a teenager.

It was an obsession that went on to define his life. The Japanese entrepreneur continued to experiment with various supplements and other products, and founded his own company dedicated to fighting the ravages of time about 12 years ago.

Premier Anti-Aging Co. went public in Tokyo in October and quickly became one of Japan’s best-performing stocks. It’s more than tripled since listing, boosting the value of Matsuura’s stake to $817 million.

“I’m a bit of an anti-aging freak,” Matsuura, 52, said in an interview. “I started using the anti-baldness treatment when I was 18, and I’ve continued to use it ever since.”

While the global cosmetics industry has seen fierce competition over wrinkle treatments in recent years, Premier has secured a niche by concentrating on the domestic market through direct sales, including online-based subscriptions. Its main product is a cleansing balm that comes in five different types.

Online sales account for about 70% of the company’s total revenue, which Matsuura sees as giving it an edge as digitalization starts to disrupt the cosmetics industry. Daiwa Securities Co. agrees, initiating coverage of Premier Anti-Aging at outperform last month, saying it stands to benefit from the e-commerce shift, especially amid the pandemic.

“The market structure is changing,” Matsuura said. “The coronavirus outbreak may have advanced the timing of these changes, but going digital is an enormous trend.”

The son of wealthy jewelry shop owners in Hiroshima, Matsuura always thought he’d start his own company someday. The graduate of Keio University in Japan and Columbia Business School’s MBA program initially tried to follow in his parents’ footsteps. He failed in that business but parlayed the experience into a job in the jewelry division at shopping channel QVC.

At QVC he witnessed firsthand the growth potential of Japan’s e-commerce market as it was starting to take off after the financial crisis. Matsuura’s experiences combined with his obsession with staying young led him to establish Premier Anti-Aging in Tokyo in 2009.

The following year he launched the company’s flagship product Duo, a cleansing balm that has been a hit with Japanese women in their 30s and 40s. Matsuura said sales of the balm have grown every year since then, with an extra push in recent years from a TV campaign featuring Kinki Kids, a popular male singing duo.

The company has been able to maintain high margins by outsourcing all of its manufacturing and keeping sales costs low with its subscription-based model. While there is big potential growth for such “fabless” makers that concentrate on the online channel, Daiwa analyst Katsuro Hirozumi noted in his initiation report that they may remain “marginal players” compared with industry giants like Shiseido Co. which can also offer customers an in-person experience.

Premier Anti-Aging is “doing very well, it’s got a couple of innovative products, and it’s got quite a unique distribution system,” said Tim Morse of Asymmetric Advisors. Still, “I’ve seen a number of cosmetics brands sort of come and go, and for investors they become a big thing for a while and then they sort of fade. I do slightly worry this might be one of those.”

In addition to new product launches, Premier has started an overseas push with steps including a tie-up in China with Tencent Holdings Ltd. It’s counting on such initiatives to help reach its target for annual revenue of 100 billion yen ($912 million) by 2026, up from its forecast of 31.5 billion yen for the current fiscal year.

“Right now, we’re of a size that I had imagined when I first set up the company,” Matsuura said. “From here, it’s going to be a new phase.”