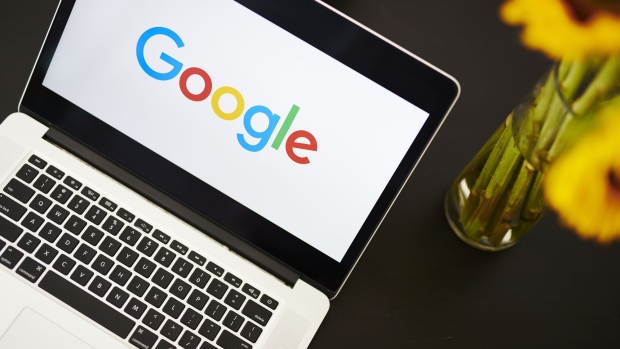 The U.S. government said Apple Chief Executive Officer Tim Cook and Google CEO Sundar Pichai met in 2018 to discuss the deal. After that, an unidentified senior Apple employee wrote to a Google counterpart that “our vision is that we work as if we are one company.”

The DOJ also cited internal Google documents that call the Apple search deal a “significant revenue channel” for the search giant and one that, if lost, would result in a “Code Red” scenario. That’s because nearly half of Google search traffic in 2019 came from Apple products, according to the lawsuit.

The details, many of which have not been disclosed before, may support the U.S. government’s allegation that Google uses these agreements to block out search rivals and give consumers less choice. Google called the government’s case “deeply flawed” and said it would hurt consumers because it would “artificially prop up” lower-quality search options.

The Justice Department focused in particular on the deal between Apple and Google, saying it “substantially forecloses Google’s search rivals from an important distribution channel for a significant, multi-year term.”

Google pays Apple billions of dollars a year to make its search product the default option, according to analyst estimates. That means when a user buys a new iPhone or other Apple device, the built-in search engine in the Safari browser is Google. Apple users have the option to manually switch to Microsoft Corp.’s Bing, Yahoo Search or DuckDuckGo, but “few people do, making Google the de facto exclusive search engine” on Apple devices, according to the DOJ.

The DOJ suit cited estimates that Apple gets $8 billion to $12 billion annually from Google through the agreement. Apple’s income from the search deal is believed to be part of the company’s growing Services segment, a key metric Apple has highlighted to investors and analysts in recent years.

“By paying Apple a portion of the monopoly rents extracted from advertisers, Google has aligned Apple’s financial incentives with its own and set the price of bidding for distribution extremely high,” the DOJ said.

As part of the deal, Google is also the default search engine for Siri and system search, replacing a deal Apple had with Microsoft in 2017. Apple does not offer a way for users to switch search engines during the initial setup process for its devices, nor does it suggest to users that they can switch their search engine when they first use Safari on an Apple device.

Apple said that, in addition to being able to change the default search engine after setup, users can access third-party search apps, third-party voice assistant apps or got to another search engine’s website.

In 2019, Apple Chief Compliance Officer Kyle Andeer told a congressional hearing that that the company “conducted an open competition to see what did we think would be best for our consumers, and consumers have always gone to Google.”