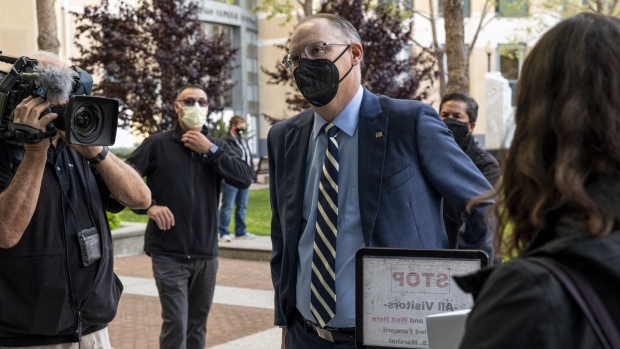 Tim Sweeney arrives at U.S. district court in Oakland, California on May, 3. , Bloomberg

In the second day of a high-stakes antitrust trial, the cross-examination of Epic CEO Tim Sweeney was aimed at weakening his company’s argument that Apple’s App Store is “a walled garden” that “trapped” developers and put onerous conditions on users.

Richard Doren, an attorney for Apple, pointed out that his client’s iOS device users were already allowed to game across different hardware platforms before Sweeney complained to Sony Corp. in an email that friendships forged playing Fortnite -- a multiplayer battle-royale game -- were “being torn apart” because Sony didn’t allow cross-platform play. PlayStation enabled cross-platform play in 2018.

Likewise, Apple allows gamers to use Epic’s in-game virtual currency purchased on other platforms when playing games on iOS devices but Sony, which has also invested in Epic, doesn’t allow such cross-wallet play, Doren said.

The trial taking place before a federal judge in Oakland, California, is the first test of a broader backlash Apple is facing -- with billions of dollars in revenue on the line -- from global regulators and some app developers who say its standard App Store fee of 30% and others policies are unfair and self-serving.