The quickest rise in bond yields in three years is starting to dim the appeal of some stock-market darlings.

With the economic outlook brightening, COVID-19 cases falling and more fiscal stimulus on the horizon, yields on benchmark 10-year Treasury notes have jumped 23 basis points so far in February, which would be the most for any month since the start of 2018. Much of the move happened in the last few days. Consequently, it’s growing more difficult to justify sky-high valuations for expensive areas of the stock market.

Take Tesla Inc., for example, which has fallen more than 10 per cent in 10 days. That’s weighed on Cathie Wood’s popular US$28 billion ARK Innovation ETF (ARKK), which boasts Tesla as its largest weighting alongside companies like Roku Inc. and Teladoc Health Inc. A Goldman Sachs basket of expensive software stocks fell 2 per cent on Wednesday. And after two months of outperformance by growth stocks, value has once again taken the upper hand.

Low interest rates are primarily the result of a slowing economy, which fuels the allure of growth companies that are still doing well and causes investors to overpay for them, said Abdel Missa, chief investment officer of Marketcipher Partners.

“So the opposite happens if interest rates start going up very quickly,” Missa said. “That premium that growth stocks had, it starts to disappear.” 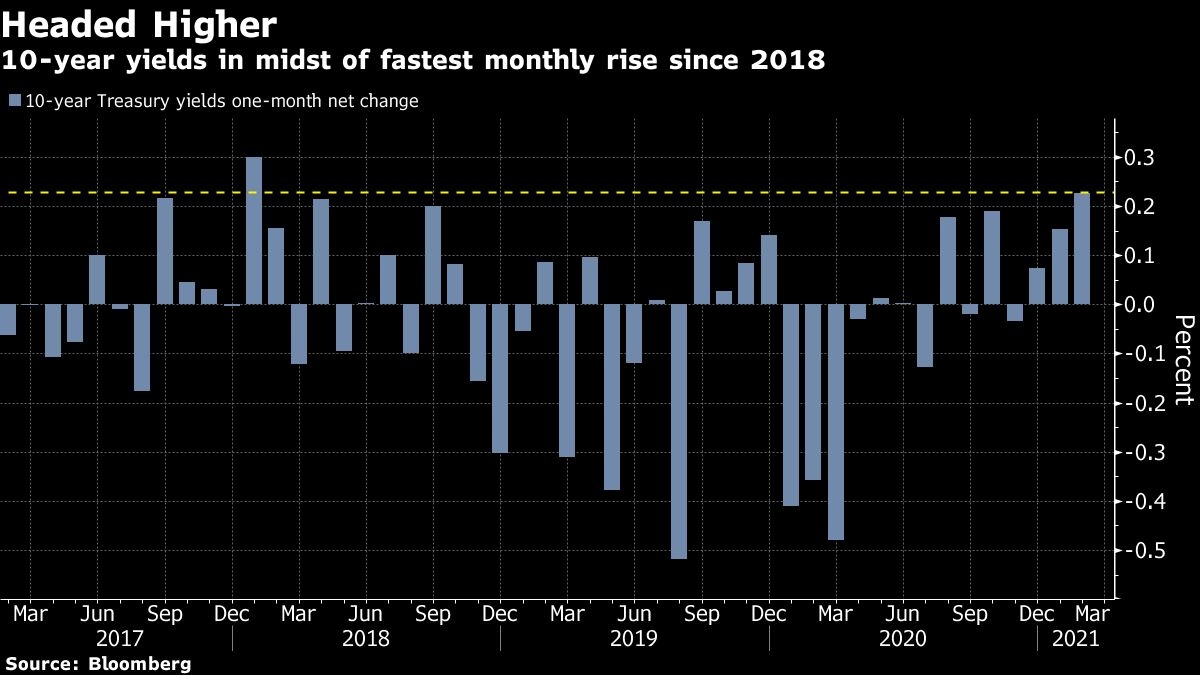 Benchmark 10-year Treasury yields broke above 1.3 per cent this week for the first time since February while 10-year breakeven inflation expectations climbed to the highest in seven years. That’s revived the value trade in equities, with energy and financial stocks the best performers over the period. Even after better-than-expected retail sales data failed to push yields higher Wednesday, cheaper, cyclical areas of the stock market continued to outperform.

The S&P 500 Value Index outperformed its growth counterpart for a second day straight Wednesday. As of 3:15 p.m. in New York, Tesla was down about 0.5 per cent and had fallen as much as 4.3 per cent while ARKK was lower by almost 3 per cent. Meanwhile, the S&P 500 was down 0.1 per cent, while the Dow Jones Industrial Average was trading higher. 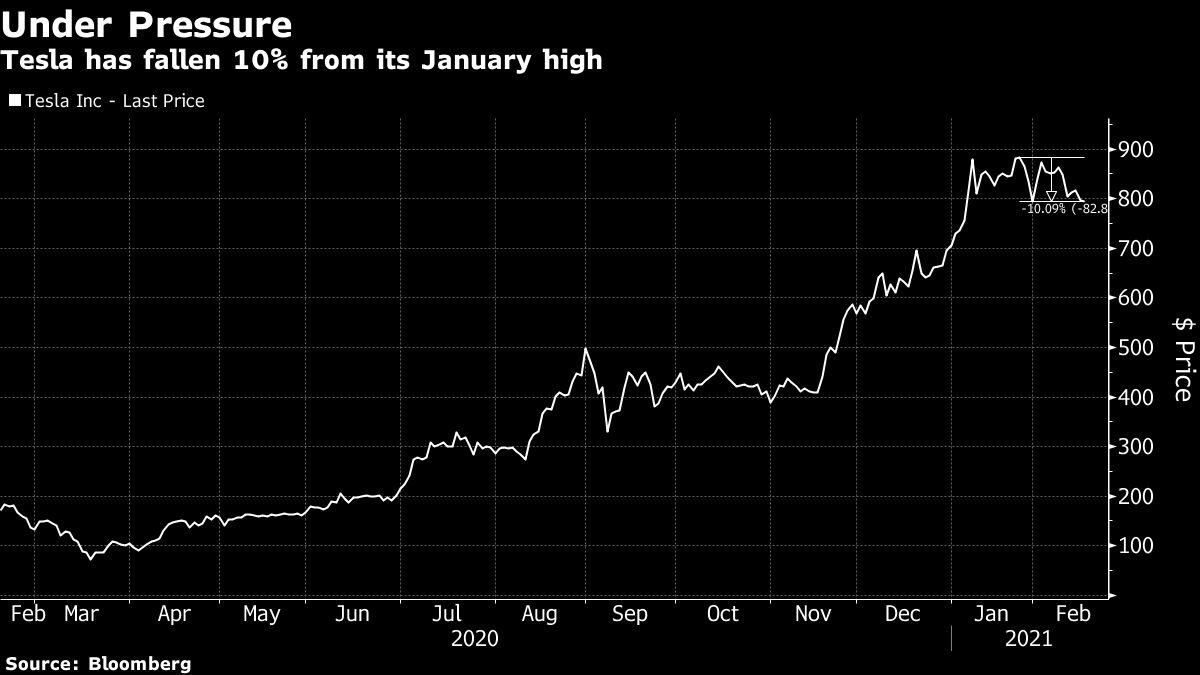 Shares of Etsy Inc., the e-commerce company that surged more than 300 per cent in 2020, also came under pressure, bringing their two-day loss to more than 5 per cent.

“A broadening inflation narrative in the market is likely to provide an additional impetus for rotation,” strategists from Oxford Economics wrote in a note Wednesday. “The online retail stocks are relatively long duration due to their high expected growth rates and that means their valuations are likely to come under pressure relative to the wider market if bond yields continue to grind higher as we expect.”

To be sure, while growth typically lags value in periods of rising interest rates, history shows the relationship isn’t always so clear-cut. According to a recent Goldman Sachs Group Inc. report, “changes in interest rates are unlikely to be a major driver of returns” for the likes of technology companies due to “their secular and idiosyncratic growth profiles.”

So-called “big tech” is also different from the likes of Tesla or Etsy, for example. Goldman strategists including David Kostin estimate that for four of the five so-called FAAMG stocks -- Facebook Inc., Apple Inc., Amazon.com Inc., Microsoft Corp. and Alphabet Inc. -- more than 70 per cent of the return since last February has been driven by profit growth rather than valuation expansion. “FAAMG benefited both from the low interest rates that made their high-growth cash flows more valuable, but also from business models that remained in demand during the recession,” they wrote.