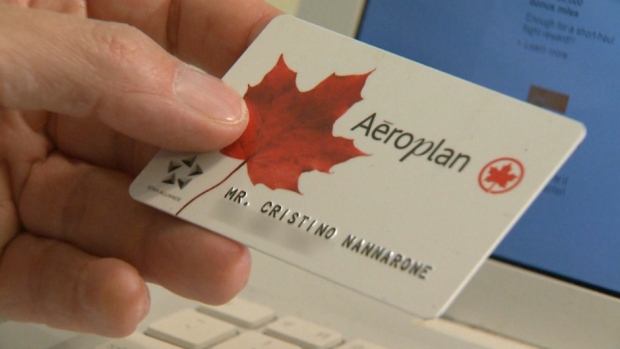 Marshall Lang became an Aeroplan member just over five years ago, but like many consumers, he is disappointed with the recent uncertainty surrounding the loyalty program’s parent company Aimia Inc.

Lang is originally from Ontario but now lives in Calgary, Alta. and takes frequent trips back home. But now, he’s considering ditching the Aeroplan program altogether because once it parts ways with Air Canada, he won’t be able to use his points the way he used to.

“I’m disappointed, honestly,” Lang told BNN Bloomberg in a telephone interview, referring to the upcoming separation of Aeroplan and Air Canada. “This is one of the only rewards programs that has worked for me. I’ve been pretty happy with the program overall.”

In the last week, Aimia announced new partnerships with Porter Airlines, Air Transat and Flair Airlines that will begin July 2020, after the Aeroplan parent separates from Air Canada.

But airlines like Toronto-based Porter don’t offer routes to Calgary and other parts of the country. Air Canada flies to nearly 70 Canadian destinations, while Porter flies to 16, Flair goes to 10, and Air Transat travels to six.

“It’s a negative for me,” Lang said. “It’s a positive for people that might live in Toronto or Vancouver. But being from Calgary, none of those airlines really have regular flights to locations that work for me domestically.”

“I’m kind of in the middle here in a pretty major Canadian city,” he added. “And we’re just kind of left in the dark.”

The airlines joining forces with Aeroplan have expressed excitement over what the partnership can bring to their businesses. Porter Chief Commercial Officer Michael Deluce told BNN Bloomberg in an interview last week the deal will be a “significant revenue opportunity.” But the new partnerships may not be in the best interest of consumers, especially those holding a lot of points and wish to use them on long-haul flights.

“I think it’s a little bit arrogant for brands to believe that those members could just be ported from one place to the next,” Bob Macdonald, CEO of Bond Brand Loyalty Inc., told BNN Bloomberg in a recent interview.

“I’m not sure either of these discount airlines – or maybe even Porter with a limited number of routes – really fills that void for those who are looking to accumulate for the big trip in the future.”

Macdonald, an Aeroplan member for 20 years, said Air Canada was the “core reason” he joined the prorgram.

'Doesn't surprise me at all': Aimia plays the field with Aeroplan

“The value proposition of discounted airlines or limited flight routes or even a consortium into Oneworld doesn’t interest me,” he said.

Air Canada, along with Toronto-Dominion Bank, Canadian Imperial Bank of Commerce and Visa Canada Corp., went public on July 25 with a bid to purchase Aeroplan for $250 million in cash. Aimia rejected the offer on the group’s Aug. 2 deadline, as well as a sweetened $325-million bid, and said it counter-proposed $450 million.

Air Canada announced last year it would launch its own loyalty program after separating from Aimia, but has not provided any details on the plans yet.

Lang said he’s uncertain if Air Canada’s new program would appeal to him.

He added he plans to use the remainder of his Aeroplan points this fall, and is looking at options for different loyalty programs. He collects Aeroplan points through his TD credit card, but says there’s been no communication from them over the matter and he may even switch banks.

“The end result of this is they’re probably all going to lose me as customer,” Lang said.

He noted that while there’s been ample communication from Aimia over the changes, he doesn’t feel the company is addressing the crux of the problem.

“My question is, where do I go from here?”

Are @Aeroplan nuts? Just finished booking a reward trip direct return flight to @flySFO in @AirCanada business. No way to do that with @porterairlines unless I want to go to Thunder Bay. Ok @aircanada what's your new plan??

Disappointed to hear @Aeroplan has decided to partner with @porterairlines. I’ll be sure to switch to @WestJet, regional carriers on a national rewards program is completely bogus. Get with it @AirCanada and fix this madness.

so far it seems @aeroplan and @AMIAnet are engaging in partnerships with airlines I've never heard of, never use and never will use!