The man is coming for your pot business.

“Companies that I wouldn’t have imagined were interested in the space are actively looking at it now,” said Brendan Kennedy, chief executive officer of Vancouver-based pot company Tilray Inc., which has a partnership with a division of Swiss pharma giant Novartis AG to develop medical cannabis products.

Constellation, the maker of Corona beer and Robert Mondavi wine, announced a US$3.8 billion investment in Canopy Growth Corp. on Wednesday, boosting its stake in the Canadian company to 38 per cent from about 10 per cent. That deal, the biggest in the space to date, adds further legitimacy to an industry that’s rapidly becoming an accepted consumer product, offering broad new markets for global corporations.

Canada will become the first G7 country to legalize marijuana for recreational use on Oct. 17 and several U.S. states have already done the same. Other countries around the world, from Germany to Australia, have legalized medical marijuana and many others are set to follow suit.

This has opened up a range of potential risks and rewards for other industries. Alcohol, already suffering from declining use among younger people, has seen sales drop in markets where pot has been legalized. Booze sales fell 15 per cent following the passage of medical marijuana laws in a number of states, according to a study by the University of Connecticut and Georgia State University.

“Alcohol’s the first major industry that’s taking note and doing something about it, and I think there’s going to be a series of large companies across every consumer category that are going to follow suit,” said Jessica Lukas, vice president of consumer insights at Boulder, Colorado-based BDS Analytics, a cannabis research firm.

From THC-infused beverages to cannabidiol topical creams, the market opportunities are huge, said Smoke Wallin, a former alcohol industry executive who is now head of sales and marketing at Vertical Companies, a cannabis producer based in California.

“I believe that, done right, it’s right up there with beer, wine and spirits in terms of categories, in terms of size and scale and reach,” Wallin said. “There’s not been anything like this since prohibition was repealed in 1933.”

Global consumer spending on cannabis will hit US$32 billion by 2022, triple current levels, according to a report this week by BDS and Arcview Market Research, disrupting several consumer categories, including tobacco.

“There’s increasing evidence that people are using cannabis in legal markets to cut down on their use of tobacco and there’s some work being done on whether CBD can be used as a form of tobacco consumption cessation,” said Shane MacGuill, head of tobacco research at Euromonitor International.

The tobacco industry’s growing use of smoke-free devices like vaporizers can easily be transitioned to the cannabis industry, MacGuill added. 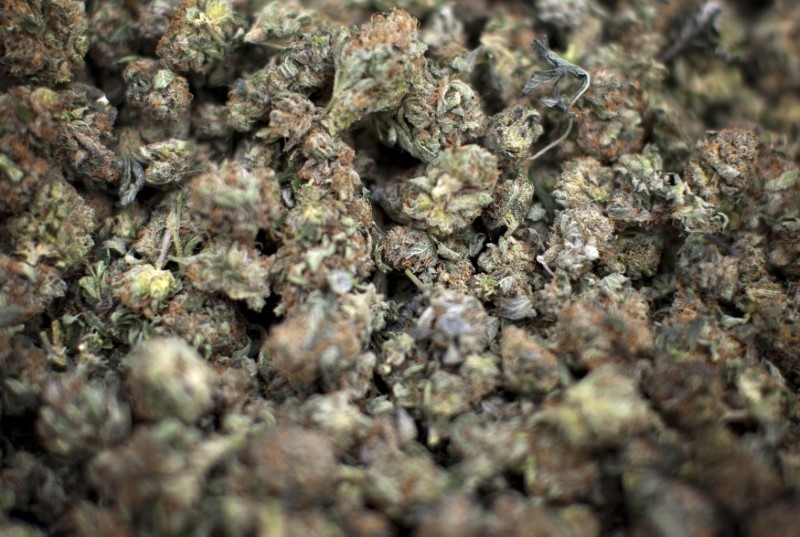 Which industry should move fastest to find a pot partner?

“This is something that will have a big effect on the tobacco industry, and in the longer run, it could even have a bigger effect ultimately on tobacco than on alcohol, although maybe in a more indirect way,” he said.

Smoke-free devices are a “logical entry point” for tobacco companies to get into cannabis, said Peter Luongo, managing director of Rothmans, Benson & Hedges Inc., the Canadian affiliate of New York-based Philip Morris International Inc. But the company has no intention of moving into the industry for the “foreseeable future,” he said.

“If you think about what the tobacco industry has provided to its consumers, it’s these moments of pleasure, moments of relaxation,” he said. “My ultimate vision in the longer term is of a tobacco company that’s more of a pleasure substance provider than a tobacco and nicotine provider.”