Stocks eked out a gain on optimism about the outlook for a trade agreement between the U.S. and China and after Europe’s central bank announced a fresh round of stimulus.

The S&P 500 Index closed just 0.5 per cent below its all-time high after a report that American officials have discussed offering a limited trade agreement to China. That followed a decision by the European Central Bank to cut its main rate to minus 0.5 per cent and buy 20 billion euros (US$22 billion) of bonds a month. The euro gained and sovereign bonds were mixed.

Any steps by China and the U.S. to ease tensions ahead of face-to-face talks in Washington in the coming weeks would support sentiment as investors await monetary decisions from more of the world’s major central banks. The ECB changed its guidance on interest rates to say they’ll stay at present or lower levels until the outlook for inflation “robustly” converges to its goal of just below two per cent.

“It’s a perfect storm of good news,” said Chris Gaffney, president of world markets at TIAA. “Investors are feeling relief now and feeling that perhaps things aren’t quite as bad as they seemed two months ago.”

The Federal Reserve is due to meet next week as economic indicators give mixed signals about whether the record-long expansion will end soon. The U.S. dollar weakened. 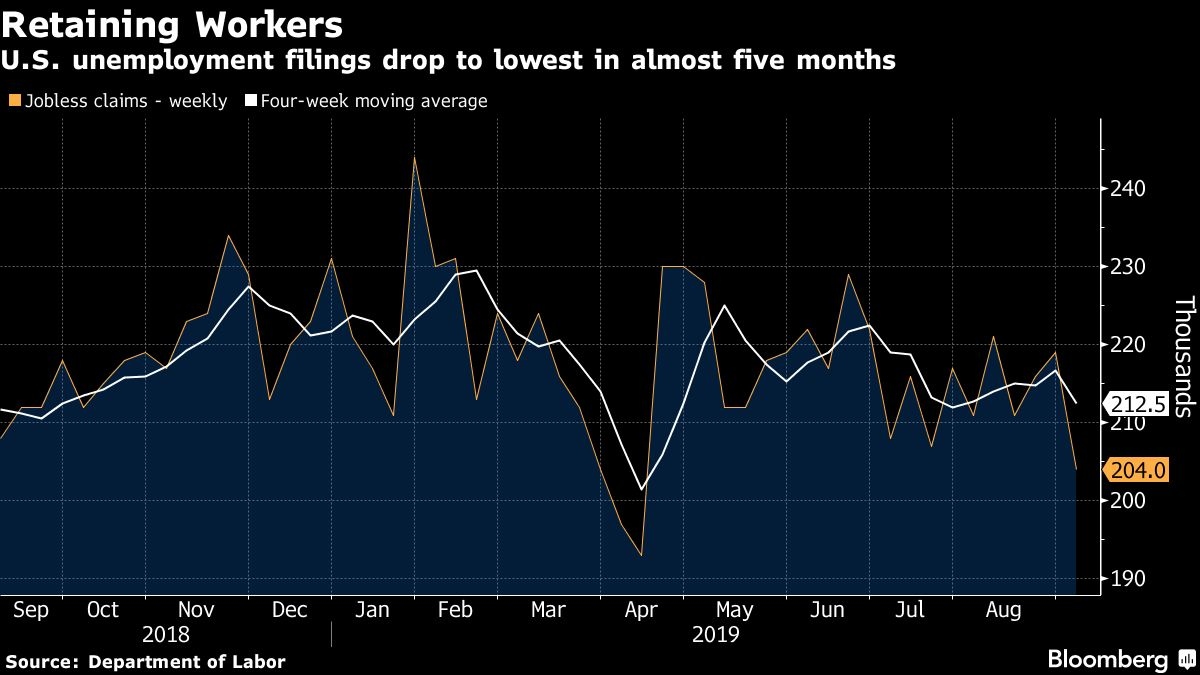 Hong Kong equities bucked the advance in Asia, dragged lower by shares of the city’s exchange following a surprise takeover bid for its London counterpart.

--With assistance from Yakob Peterseil and Reade Pickert.