Inflation is not the worst enemy of the corporate credit market: Invesco's Matt Brill

The S&P 500 fell for the first time in nine sessions, led by a drop in financial shares that came under pressure as the 10-year yield slumped to the lowest level in seven weeks. Tesla Inc. sank as much as 13 per cent after a tweet by investor Michael Burry. PayPal Holdings Inc. fell after its guidance disappointed. And General Electric Co. rose after saying it will split into three companies. 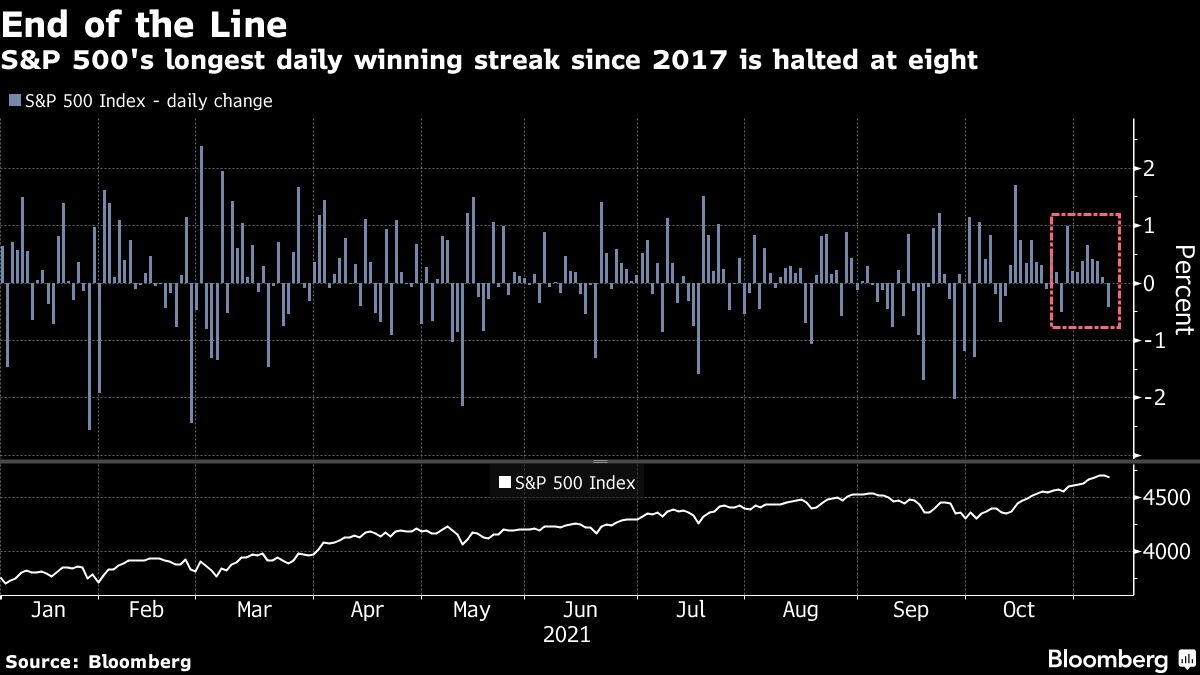 “There’s no denying that pricing pressure looms large,” said Mike Loewengart, managing director of investment strategy at E*Trade Financial. “Though there were no surprises with the PPI read, it could be viewed as somewhat of a disappointment in that inflation hasn’t eased up in the slightest.”

Fresh consumer price data on Wednesday could add to the debate over monetary policy, which saw another wildcard Tuesday with news that Fed Governor Lael Brainard was interviewed by President Joe Biden as he contemplates whether to tap Fed Chair Jerome Powell for a second term or not. Meanwhile, shifts in positioning have fueled gains in long-end Treasuries, taking the 30-year yield down to its lowest level since July. The yield on the U.S. 10-year note fell to 1.44 per cent.

“We are at the point of the cycle where policy is shifting to be somewhat less accommodative,” Lisa Shalett, chief investment officer at Morgan Stanley Wealth Management, told Bloomberg TV. “We do think financial conditions ultimately are going to tighten by the middle of next year and investors don’t seem to care. They’re hooked on the IV of very low real interest rates.”

Bitcoin pared back gains after soaring past US$68,000 for the first time. Crude oil rose more than 3 per cent in New York after a bearish report. And gold gained.