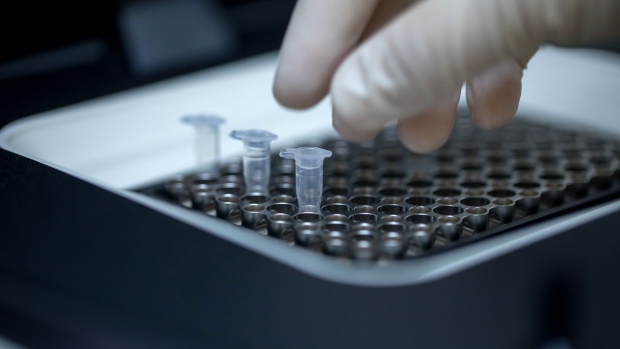 The Japanese drugmaker will pay $60 a share for San Francisco-based Audentes, according to a statement from the companies Tuesday, a 110% premium to Audentes’s closing price on Monday. The deal is expected to close in the first quarter of 2020. Astellas shares fell about 1% in early trading in Tokyo on Tuesday.

Astellas is targeting gene therapy as a key driver for the company’s growth. Gene therapy is a promising new area of medicine that has sparked growing enthusiasm for a field as well as a flurry of deals. Roche Holding AG earlier this year agreed to buy Spark Therapeutics Inc. for $4.8 billion, while Novartis AG last year made an $8.7 billion deal for AveXis Inc.

“Audentes has developed a robust pipeline of promising product candidates which are complementary to our existing pipeline,” Kenji Yasukawa, chief executive officer of Astellas, said in the statement.

The acquisition is the latest by Japanese drugmakers, which have seen a wave of deals over the past year. Last month, Asahi Kasei Corp. agreed to buy Denmark’s Veloxis Pharmaceuticals A/S for about $1.3 billion. Takeda Pharmaceutical Co. this year closed its $62 billion takeover of Shire Plc as the Japanese company seeks to transform itself into a global drugmaker.

To contact the reporter on this story: Jeff Sutherland in Tokyo at jsutherlan13@bloomberg.net

To contact the editors responsible for this story: Rachel Chang at wchang98@bloomberg.net, Reed Stevenson