Australia’s Bushfire Season Is Getting Longer

Sydney is facing a “catastrophic” fire danger on Tuesday -- the highest warning level that’s ever been issued for Australia’s largest city. As the country’s bushfire season becomes longer and more intense, the threat to lives and homes across the nation has grown.

High temperatures and strong winds are expected to fan more than 60 fires burning across New South Wales state, where Shane Fitzsimmons, the local fire chief, says it could be “the most dangerous bushfire week this nation has ever seen.”

Australia is the world’s driest inhabited continent and is considered one of the most vulnerable developed countries to global warming. According to the Bureau of Meteorology, climate change is increasing the frequency and severity of dangerous bushfire conditions, with the season starting significantly earlier in spring in southern and eastern parts of Australia. 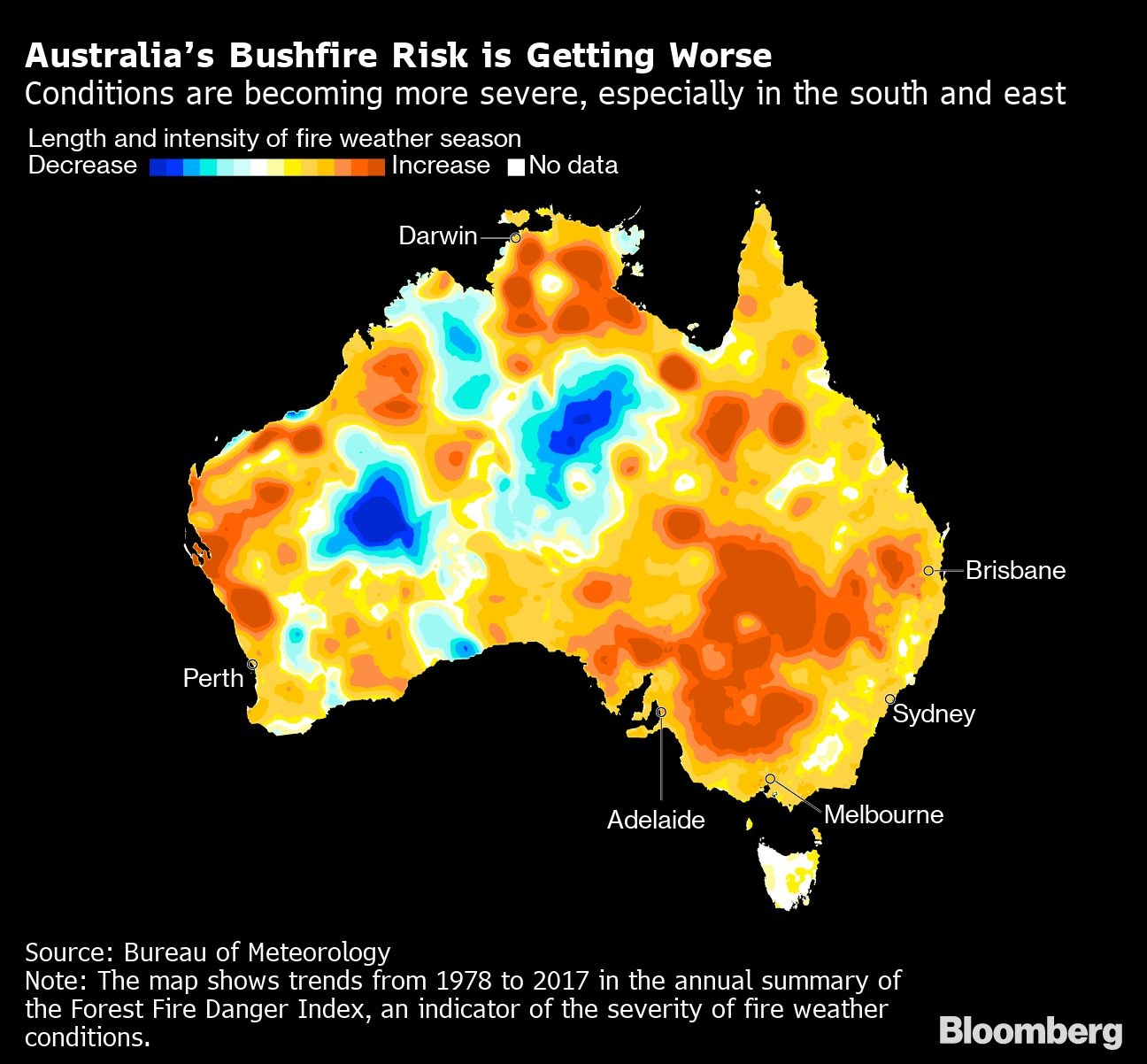 With three people dead and 150 homes destroyed in recent days, and almost million hectares of land burned this season, the fires have thrust the threat posed by global warming back into the headlines in a nation that gets the bulk of its energy from burning coal.

Prime Minister Scott Morrison’s government, a staunch supporter of the coal-mining industry and under fire from environmentalists for not doing more to curb emissions, has sidestepped the issue of climate change when asked about the bushfires.

“We’ve had fires in Australia since time began, and what people need now is sympathy, understanding, help and shelter,” Deputy Prime Minister Michael McCormack said in a radio interview Monday. “They don’t need the ravings of some pure, enlightened and woke capital-city greenies,” he added, using the colloquial nickname for environmentalists.

--With assistance from Hannah Dormido.