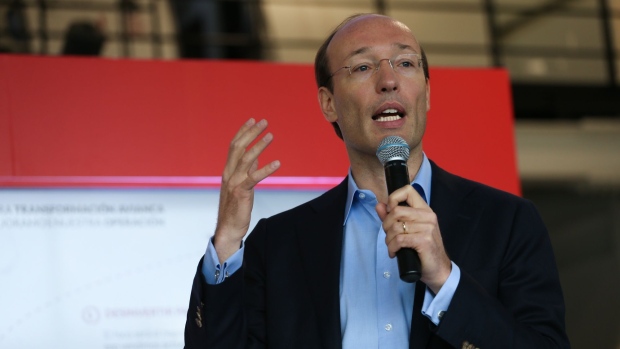 Colombia’s largest carrier is expanding with 50 direct routes between secondary cities in coming years, said CEO Anko van der Werff in an interview. Using narrow-body planes, it will target tourist spots such as Punta Cana, Cartagena and Cancun, offering a new level of cheaper fares to capture demand for leisure travel that’s leading a rebound after the pandemic crippled the airline business.

“You already see the theme of leisure and beach traffic emerging,” he said in an interview. “In a nutshell, we’ll be more efficient.”

Latin America’s second-largest airline before the Covid-19 pandemic, Avianca filed for Chapter 11 in May, citing the impact of government lockdowns that forced it to ground its fleet. It raised $2 billion under its bankruptcy plan, including funding from United Airlines, Salvadoran air mogul Roberto Kriete’s Kingsland Holdings and Citadel LLC, the hedge fund founded by billionaire Ken Griffin.

After the bankruptcy restructuring, Avianca will offer cheap fares to some destinations where it faces competition from low-cost carriers -- including through its hubs in Colombia and El Salvador. But the airline has no plans to relinquish its position as a major carrier, van der Werff said.

It will continue flying to international destinations including Europe, and offer benefits such as larger seats on the front of planes, as well as its loyalty program, LifeMiles.

“We’re certainly not giving up any position in either San Salvador or Bogota, in fact we’re going to try to grow that as well,” he said. Compared to its size before the pandemic, “we’ll be bigger again. The question of course is as of when. It will definitely take a couple of years.”

Chile’s Latam Airlines Group SA, and Grupo Aeromexico SAB followed Avianca into Chapter 11 protection last year as Latin America suffered one of the world’s sharpest air travel downturns. But as it emerges from the pandemic and governments roll out vaccine campaigns, the region’s map is being shaken up. While flights are still depressed, budget carriers are angling to steal market share and the largest companies are retooling to focus more on short-haul flights and cutting costs.

Avianca is targeting smaller markets, such as Colombia’s second-largest city, Medellin, while striking deals with labor groups and redesigning the interior of planes to fit more seats. The airline wants to be “more agile and flexible” as it comes out of Chapter 11, van der Werff said.

It eyes exiting bankruptcy in the second half of the year, said Chief Financial Officer Adrian Neuhauser. Its fleet size will be reduced to around 100 passenger aircraft from roughly 140 before bankruptcy, but its available seat miles -- a key measure of an airline’s capacity -- will be similar to 2019 levels as its planes will have more seats and fly more frequently, he said.

“We’re restarting growth of the airline,” he said.

(Updates with details from CEO starting in fifth paragraph.)