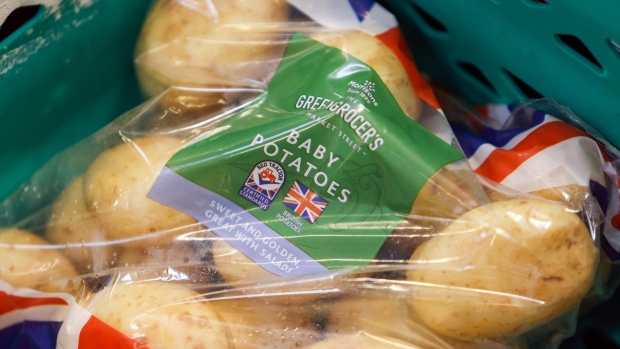 (Bloomberg) -- Banks struggling to get the debt that’s backing the buyout of Wm Morrison Supermarkets Plc off their books have turned down a lifeline from Pacific Investment Management Co. because they considered the offer too low. It’s a sign of their confidence in the underlying value of the asset despite losing money on the deal.

Pimco put in a bid to buy £1 billion ($1.25 billion) of top-ranked bonds at 88 percent of face value in April, according to people familiar with the matter who aren’t authorized to speak publicly about the matter. The discount was too steep, they added, even though bankers were stuck with about a half of the £6.6 billion financing deal that they underwrote about nine months ago.

Instead, the £1.075 billion bonds were sold later that month at a discount of 89 percent of face value. By rejecting Pimco’s bid, they saved themselves from a £10 million loss, according to Bloomberg calculations. And while that was a relief, it has emerged that some banks on the Morrison financing deal weren’t told of Pimco’s offer, the people added. Goldman Sachs, BNP Paribas, Bank of America and Mizuho are the lead banks on the transaction.

Spokespeople for Pimco, BNP Paribas and BofA declined to comment. Representatives for Goldman Sachs and Mizuho didn’t immediately respond to a request for comment.

That’s because the complex and drawn out sell-down has led lead banks to want to handle the funding as discreetly as possible to minimize disruptions. Banks originally underwrote the Clayton, Dubilier & Rice acquisition in August, back when market conditions were significantly more favorable. Since then, banks have seen their fees wiped out, and have so far suffered losses of between £100 million to £125 million on the deal, the people said.

Soaring inflation, rising interest rates and the uncertainty wrought by the war in Ukraine have paralyzed much of the European leverage finance market. The situation is that much more acute in the UK, where the market for sterling debt is comparatively small and the chances of a recession are rising. The banks arranging the deal are still looking to sell £2.7 billion worth of the debt.