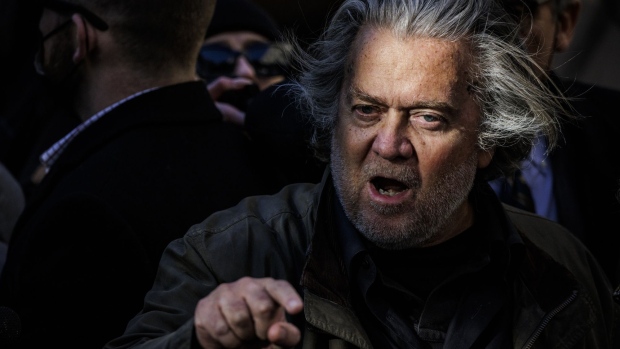 Steve Bannon speaks to members of the media after appearing in federal court in Washington, D.C., on Nov. 15. Photographer: Samuel Corum/Bloomberg , Bloomberg

(Bloomberg) -- Former Trump campaign chairman Stephen Bannon will go on trial in July on criminal contempt charges over his refusal to cooperate with the congressional investigation into U.S. Capitol riot.

U.S. District Judge Carl Nichols on Tuesday said the two-week trial in Washington would start July 18. The judge rejected what he called the government’s request for a “light speed” trial in April. Bannon had asked for a trial in October.