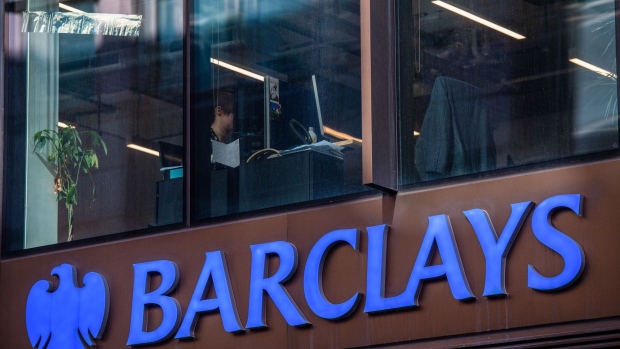 An office worker sits at her desk above a Barclays Plc bank branch in the City of London, U.K., on Tuesday, April 26 2022. Barclays is one of the banks along with, HSBC Holdings Plc Lloyds Banking Group Plc and NatWest Group Plc reporting earning this week. Photographer: Chris J. Ratcliffe/Bloomberg , Bloomberg

(Bloomberg) -- Barclays Plc hired John Hagens as a banker covering the medical-technology sector in its health-care investment-banking group, according to people briefed on the matter.

Hagens will start as a director in September, the people said, asking not to be identified because the change hasn’t been made public. He previously worked as an investment banker at Goldman Sachs Group Inc. in New York, they said.

Hagens didn’t immediately respond to a request for comment.

The firm has advised on deals this year including the proposed sale of Change Healthcare’s ClaimsXten business to TPG Capital, as well as Humana’s sale of a majority interest in the Kindred at Home’s hospice and personal-care businesses to Clayton Dubilier & Rice.