Bausch Health Cos. rose as much as 18 per cent after the drugmaker said it will spin off its eye-care business.

The Bausch + Lomb business will operate as an independent, publicly traded company. The unit accounted for about US$3.7 billion in revenue last year, Bausch said Thursday in a statement, almost half of its US$8.6 billion total.

Formerly named Valeant Pharmaceuticals International, the company became infamous on Wall Street for an acquisition spree as well as raising prices on drugs, a practice that drew scrutiny of its business practices. Bausch has since sold about US$4 billion in assets as it tries to cut down some total debt that stood at US$24.4 billion at the end of the first quarter.

The spinoff of the eye-health business may not come as a complete surprise. One activist holder, Glenview Capital, had been pushing Bausch to sell or spin off more businesses. And JPMorgan Chase & Co. analyst Chris Schott said earlier this year that a split-off was inevitable, especially as the Bausch eye-care unit had been trading at a discount to peers like Alcon Inc., which Novartis AG spun off last year. 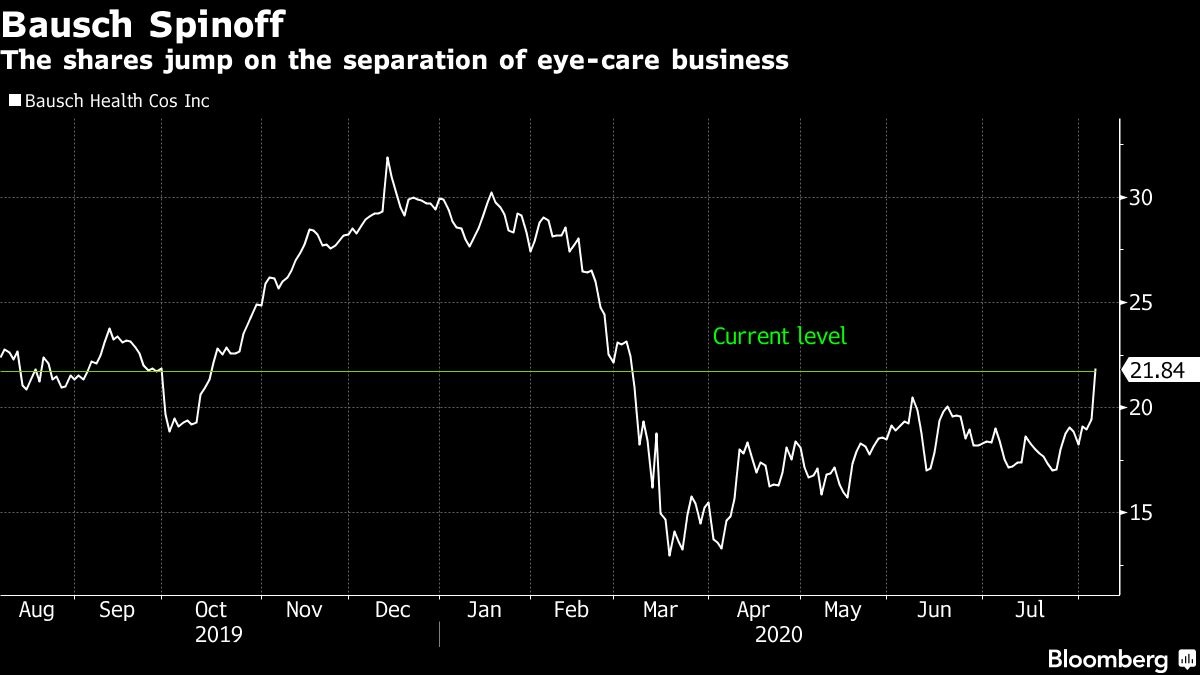 The separation will unlock some of this value, Schott said in a note to investors Thursday. Like other analysts, he raised questions on how the debt may be distributed across the new companies.

Valeant acquired Bausch & Lomb Holdings Inc. in 2013 in an US$8.7 billion deal, at the time its biggest acquisition ever. Years later, under a new management, the parent company took the name of its biggest business, leaving behind a history associated with tens of billions of dollars in shareholder value.

“We are committed to taking action to unlock what we see as unrecognized value in Bausch Health shares,” Joseph Papa, chairman and chief executive officer of Bausch Health, said in the statement Thursday. “Separating our business into two highly focused, standalone companies is the way to accomplish that goal.”

The company’s other business will include brands such as gastrointestinal drug Xifaxan and irritable-bowel medication Trulance.

Under the leadership of former CEO J. Michael Pearson, Valeant was shown to have acquired drugs and then raised prices as much as 500 per cent. The company was also accused of booking misleading revenue growth that was based on sales to Philidor, a mail-order pharmacy Valeant helped establish, fund and subsidize.

The company was fined US$45 million and former executives including Pearson will also pay fines, the Securities and Exchange Commission said earlier this month. Bausch cooperated closely with the investigation, Papa said then.

Bausch said separately Thursday that fiscal-year revenue will be from US$7.8 billion to US$8 billion, narrowing an earlier forecast. Analysts had estimated sales of US$8.05 billion.

Dow Jones reported the news of the spinoff earlier.