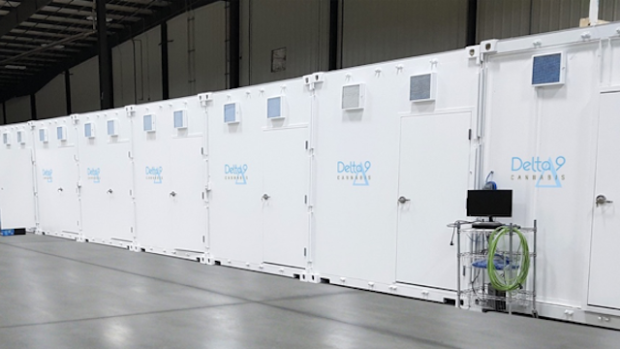 After a rough start to the first wave of legalization, Canada's cannabis industry is cautiously looking forward to the potential bonanza offered by Legalization 2.0 this fall.

Health Canada recently released the long-awaited final regulations for the next wave of cannabis products, including rules governing the production, sale and promotion of edible cannabis, extracts and topicals. The new regulations come into effect on October 17th, and some products should be available to Canadian consumers by as early as mid-December 2019.

This means Canadian cannabis companies now know the regulatory challenges of how to tap into a market that a report from Deloitte recently estimated as being worth some $2.7 billion annually.

That's welcome news to an industry that has not performed as expected in the Legalization 1.0 era. According to Statistics Canada, in Q4 2018, sales of legal cannabis were worth $768 million compared to nearly $1.46 billion realized by the black market. So as the clock ticks down to Legalization 2.0, there's a sense that the Canadian cannabis universe has yet to unlock its massive potential quite yet.

"I think there's been a lot of good storytelling in the cannabis space to date, but as far as Delta 9 is concerned, we want the financial results to tell the story. Just look at the numbers."

There are notable exceptions to the uneven expansion in the cannabis space. Manitoba-based Delta 9 Cannabis Inc. (TSX: DN) has seen a big bang in its revenues, and the company's reach is rapidly expanding. It's not every Canadian cannabis company that can show over a 1,142 per cent increase in operating revenues in the second quarter of 2019 compared to the same period last year. Sequentially, Q2 2019 operating revenues were up 58 per cent compared to Q1, 2019. Moreover, Delta 9 posted record operating revenues of $14.5 million in the first half of 2019, compared to $1 million a comparable period in 2018.

"I think there's been a lot of good storytelling in the cannabis space to date, but as far as Delta 9 is concerned, we want our financial results to tell the story," notes Arbuthnot.

Indeed, there are many significant numbers for Delta 9, including a record gross profit of $4.8 million in the first half of 2019, up nearly 973 per cent from the previous year. As Legalization 2.0 nears, the company finds itself with total assets of $55.2 million.

Founded in 2012 by the father and son team of Bill and John Arbuthnot, Delta 9 was one of the first companies to be licensed by Health Canada. Since November 2017, the company has raised $71 million to fund expansion opportunities. The company also employs close to 300 employees.

John Arbuthnot says he expects the strong performance from 2018 and the first half of 2019 to continue as the company expands production and sales especially as Delta 9 has been approved to be up listed to the TSX in the short term.

"Going forward, we continue to see strong demand for our premium quality products from the recreational usage market and with the anticipation of Health Canada’s rules on extraction this October, we expect revenues to continue to grow this year," notes Arbuthnot. "These factors, together with our B2B growth in grow pod sales to micro-producers and our growing portfolio of higher-margin products, put us in a position to achieve positive cash flow this year."

Delta 9 didn't just put up significant numbers on the balance sheet. The first half of 2019 also saw the company receive Health Canada approval to increase the number of its grow pods by 31 per cent to 202. That will increase their anticipated annual production capacity to over 5,350 kg of dried cannabis flower. It's the first step in the company's plan to boost its annual cannabis production capacity to 60,000 kg per year by 2023.

Another significant number for Delta 9 is four – the number of retail stores the company will have in operation when its store in Thompson, Manitoba opens in Q3, 2019. Delta 9 currently operates three retail stores: two in Winnipeg and one in Brandon. Those numbers will grow fast as the company expands into neighbouring Saskatchewan. The Saskatchewan Liquor and Gaming Authority has given Delta 9 approval to supply cannabis to the province's retail and wholesale markets.

Moreover, the company is also expanding operations into Alberta after getting approval from Alberta Gaming, Liquor and Cannabis to supply it with cannabis for retail sale in the Wild Rose province. The company is looking even further afield, having received notice from Health Canada that it's been granted an export permit to sell starting materials to authorized cannabis license holders in Australia and Tasmania, which would be Delta 9's first international cannabis product sales.

With all that going for it, one wouldn't think that Delta 9 would be undervalued, but Kimberly Hedlin, Vice President Equity Research, Healthcare at Canaccord Genuity Corporation, says that’s precisely the case.

"They had a great second quarter, and I think they're going to have a really good year owing to:

They are well funded for growth this year and if you look at their multiples, I would certainly say that they seem to be undervalued," says Hedlin.

"The expansion into Alberta is important. I'm based in Calgary, and Alberta has by far the most retail locations in the country. The data shows that sales in Alberta are as strong or stronger than they are in Ontario. So, Alberta's a good market for Delta 9 to be in," she adds.

Gearing up for Legalization 2.0

Delta 9 is also positioning itself to hit the ground running on October 17th when next-generation cannabis products will finally be available to consumers. They already have experience with cannabis-infused beverages, having partnered with Fort Garry Brewing Co. —Manitoba’s largest craft brewer — to develop "Legal Lager," a hemp-infused alcoholic beer that was launched last summer. Delta 9 and Fort Garry Brewing have several similar projects in the hopper.

Having been founded as a medicinal cannabis company, Delta 9 isn't ignoring the health side of the cannabis space. Among the products in their pipeline is a new cannabis delivery technology being developed in partnership with NanoSphere. The system has the potential to deliver medical cannabis with precise dosage as an alternative to smoking or vaping.

So, while some Canadian cannabis companies look to the future with uncertainty, Arbuthnot can hardly contain his excitement regarding what the future holds for Delta 9.

"I certainly think Delta 9 is well positioned in the space as a vertically integrated player, producing some significant early financial results," says Arbuthnot.

"From my standpoint, I can't wait to see where the company is 12 months from now."