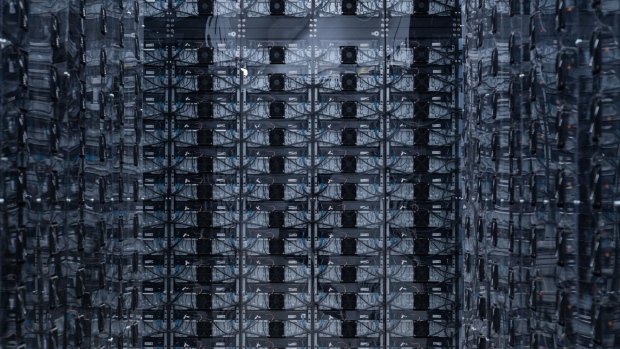 If the last 10 years of happy developments in solar power, wind turbines, batteries and electric vehicles have taught us anything, it's to plan for carbon-free technologies that are unavailable today. They could come tomorrow.

Such is the case with a coterie of hopefuls that travel under the name long-duration energy storage. We can call it Big Storage—the ability to bank lots of power for when it’s needed most.

By contrast, it’s Little Storage that has earned all the headlines in recent years. The lithium-ion batteries that power laptops, phones, and electric vehicles have also gained a foothold in the grid itself, as some utilities invest in short-term energy storage either for backup or to smooth out periods when wind turbines don’t turn and solar arrays go dark. Utilities installed 987 megawatts of energy storage in 2017, surged to 3.5 gigawatts in 2020, and are projected to put in 10.2 gigawatts in 2023, according to BloombergNEF.

While Little Storage is expected to grow well beyond that, it’s also limited by physics and cost in the services it can provide to the power system writ large. Right now, lithium-ion battery systems can feed power to a grid for up to about four hours. Extending capacity beyond that becomes too costly.

What engineers would like are Big Storage technologies that can supply power five to 10 times more cheaply than today's lithium-ion batteries, and can do so for much longer. How much longer is an open question. The U.S. Department of Energy research-and-development shop known as ARPA-E put $28 million into 10 early technologies back in 2018 that may lead to systems capable of feeding a grid for anywhere from 10 hours to 100 hours. That’s “obviously a very large range,” as a Sandia National Laboratories policy analyst wrote in January. It's the difference between providing power on a cloudy day and covering for extreme weather that limits power generation for weeks.

Big Storage technologies are as diverse as the engineering shops that are producing them. Raytheon Technologies Corporation is working on an alternative-chemistry “flow battery” made from inexpensive sulfur and manganese. Form Energy Inc., based in Massachusetts and backed by Bill Gates’s Breakthrough Energy Ventures, is building yet another kind of battery that they say will be able to store 150 hours of power. Led by Mateo Jaramillo, who left Tesla Inc. as its stationary storage chief in 2017, the startup last year announced a pilot project in Minnesota.

With so many possible approaches, from hydro systems to unconventional batteries and heat, it’s a dizzying moment for governments, researchers, businesses and investors to think about what to work on first.

Nestor Sepulveda, an MIT Energy Initiative post-doctoral researcher, worked with colleagues to score more than a dozen different potential technologies on cost and performance metrics having to do with storage capacity, charging and discharging. The researchers simulated 1,280 technology scenarios and compared each with a world without Big Storage. The work builds on a previous study in which several of the same authors showed that the most cost-effective way to decarbonize electricity includes retaining a large-scale or “firm” source of power, such as nuclear, hydro or fossil-powered plants that capture CO₂. Their research was just published in the journal Nature Energy.

What Sepulveda and his colleagues found is that Big Storage has the potential to lower electricity prices in a carbon-free grid by up to 40%. Cost savings show up fastest when nuclear plants are around to provide baseload power, owing both to their expense and relative inflexibility. It's harder for the technologies to eat into big power power plants where heating and transportation have already electrified, such as the U.S. northeast. And the biggest benefit to mature storage would come from systems that can provide more than 100 hours of power to the grid.

“Many people, companies and governments are working on this, trying to unlock the set of technologies,” Sepulveda says. “But no one really knows what they are going to end up looking like.”

The cost of energy storage—the actual capacity of a technology to hold on to power—is the most important factor in Sepulveda’s study. That was followed by discharging efficiency, or how quickly a storage device can release its energy. That result alone could be a useful guide for developers currently trying to figure out where their limited research dollars may have their greatest influence. Good discharging, the authors conclude, has twice the impact on the value of a big-storage system than good charging.

“When those trade-offs show up in your development roadmap,” Sepulveda says, “my hope is that this work can help inform them which way to go.”